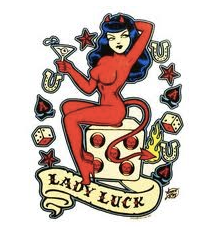 Tonight the subject matter is good fortune.  I left my laptop on the tube this week – I was super over tired after Secret Cinema and had been a dozy bint all day.  The horrifying realization and the angst… it’s like my laptop is an integral part of my life, and of course it is.  And certainly more so since I turned Apple.

After a frenzied couple of days, a guy called Sam called me, he had found it and tracked me down, and I picked it up tonight in Brixton.  LOVE HIM.

So the theme this evening is good fortune.


Music: Spotify playlist.  Starting with Luck Be a Lady by Frank Sinatra and ploughing Spotify for songs about luck.  Let's see what turns up. 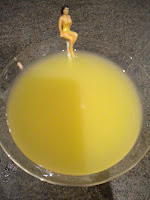 Cocktail: Lucky Lady.  With every orange liqueur there is (okay I only know two), this is like a Harvey Wallbanger gone crazy. 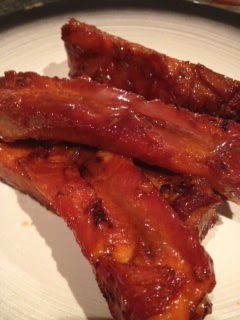 Pork is lucky.  You may think, hang on, those look like pork ribs from a Chinese takeaway.  As if a blog that was all about cooking would buy food from a restaurant!  Can you imagine!

Okay, so yeah, that's what's happened.  I travelled for nearly five hours to get my little laptop back and I am knackered.  Brixton is not near Reading.  He, well, he has no excuse.  But all the lucky foods are so Chinese.  We looked at each other and thought, ah, sod it.  Bring on the lucky pork.

I don’t always have good fortune like today.  This guy took my wallet when I was in Starbucks in Paddington, I have had a phone taken in Shoreditch, another one ripped out of my hands by a cyclist in Acton (who discarded it, guess he didn’t like it), had my car vandalised in Acton, coat taken at the Cambridge Theatre, was assaulted in Kingston and someone at Icelandair (suspect cleaning staff) kept my iPhone I had left in the seat pocket.

Some of it is my fault in the sense that I was being my scatty self, but it’s not really my fault fault, people shouldn’t nick other people’s stuff.  Duh.

Is it karma?  Have I taken things?  I did once take a scarf left behind on a train, reasoning that the person is never going to pursue claiming it.  But I felt badly each time I wore it, and then eventually deliberately left it on a train again.  Obviously I steal company stationery, I can’t not, it’s there begging me to take it.  I have kept an iPod that wasn’t mine – Icelandair thought they had found my phone and sent it to me.  I tried very hard to track down the owner, but after a point, what do you do?  More recently (Wednesday) my husband stole a veggie burger that was meant to be £8 (!).  I think it’s more fun not to explain that, what a crim, huh?  So maybe it’s karma.

I have bought some champagne for tonight to celebrate. 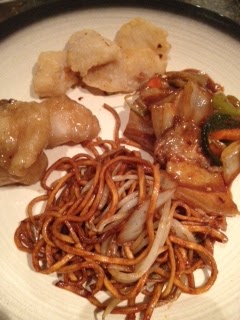 Fish are also very lucky.  Probably not for the fish, as it's being eaten, but for the eater.  I quote: "Fish are lucky in three ways: their scales resemble coins, they travel in schools, which represents prosperity, and they swim forward, symbolizing progress."  Nice one.  I went for a couple of house specials, and I would never think to normally order fish, I don't know why.  Bit of an adventure.  I have also got some noodles (I am normally a rice gal) because "In Japan, long buckwheat noodles symbolize long life, and are therefore lucky--but only if you eat them without chewing or breaking them."

So this lovely Sam guy said he'd tried to track me down, but my stupid generic surname didn't help (he didn't say that, that's me!).  Thanks husband.  I kinda want to be Sam's friend forever and bake him cookies - I bought myself champagne when he wouldn't even let me give him cash for the same.  To Sam!  Cheers dude!

Email ThisBlogThis!Share to TwitterShare to FacebookShare to Pinterest
Labels: luck