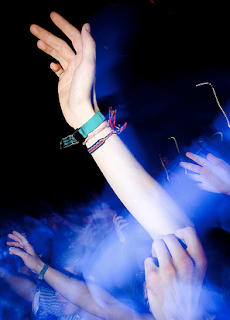 We didn't go to our fave music festival this year.  Partly because we had blown a million dollars on Texas earlier in the year, partly because last year it hadn't hit the same spots it had before and partly (mainly) cos I am poor as a poor, poor income less gal.

So tonight, we will visit Icelandic festival virtually.  The  Reykjavik Grapevine (an awesome english language fun free newspaper that's a must have if you're visiting) has this songlist from the festival.

For food, he's cooking up a couple classic Icelandic foodstuffs.  So if he is doing food and the music is done, what am I doing again?  Just sitting here drinking Reyka vodka huh?  Hard life. 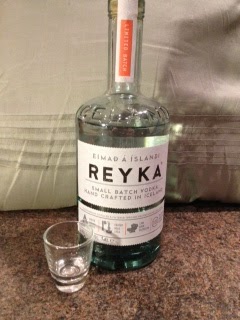 Waitrose have recommitted to the Icelandic vodka - all hail the best and ponciest supermarket. 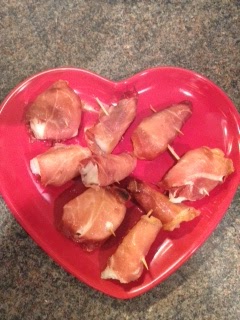 These were lovely.  Really simple with two great ingredients.  A perfect little starter to pick at and would be great as a canape idea.

Our perfect vision of a FridayDateNight was originally he would cook, I would do tunes (around some demented theme), and we would catch up and then talk about (very insistently not work boring stuff) something abstract like a philosophical idea, society, theology, politics...

We do debate very well between us.  I am genuinely interested in his view, even (truly more) if it's the opposite as it's so interesting to throw viewpoints back and forth.  I like also that we're both really into open mindedness and being swayed (or we have absolutely no strong convictions and are flaky), so there's a point to putting forth an idea, even devil's advocate sometimes.  Anywho... today we talked about one's choice about choosing to work for banks/companies who sell weapons/the BNP/etc.  Interestingly, he said that he would if it was an interesting role.  Whereas I absolutely wouldn't unless a last resort.  This is the opposite of what our choice would have been at 20.  Our life graphs of leaning have both moderated.  He has been really left wing, and me really right, and we've both ended up adjusting that view to go the opposite direction.  How life is. 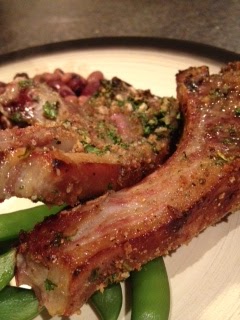 This was really lovely.  Cutlets are annoying for those who are lazy wanting to get at the meat, but obviously that wouldn't include me... ahem... damn cutlets!

Bean salad was a good little accompaniment, simple and more interesting than the usual carbs.