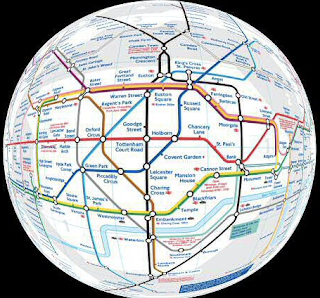 I like order and I love colour, especially if it's bringing the order, by categorising. So things I love: the London Underground, Monopoly, playing cards, chess, traffic lights...

I went to the London Transport museum recently as there is an exhibit Mind the Map spending some time looking at the tube map, which is a beautifully designed item.

I could take the theme this evening all sorts of ways (and maybe I will revisit with a spin for an encore if popular) but have decided to take each tube line and do a tasting menu style of many small dishes representing them.  Yes, there are twelve lines (although I forgot one in the end, whatevs it was blue).  I also was so faffy I tried to make each dish look like the Underground roundel symbol.

On the music front, he is going to find out how many musicians are influenced travelling around London enough to write songs about it.  Hmmm....


Music: Spotify playlist.  Apart from the obvious Going Underground by The Jam, I couldn't imagine the tube network could be that inspiring for bands.  How wrong I was.  In fact, the Hammersmith and City was the only line to not spawn a song or too.

Cocktail: Just a mini Manhattan, the colour of the Metropolitan line (my favourite course).

I have been mulling for some time and coming up with some options, but, I can tell you, Victoria and Piccadilly are a pain because they are both blue. Blue is the annoying colour in making food; it's rare in nature and dying things artificially can mean they look terrible and unappetising. 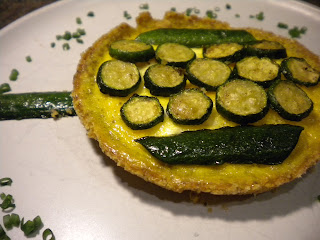 
I couldn't be bothered to look up a recipe for this (such is my way sometimes).  I certainly couldn't be bothered to make a pastry, so I had a ponder and thought about how you make cheesecake bases with digestive biscuits and butter, and switched that to a variety of cheese biscuits (sieved) and butter.  That worked half well, it was a bit crumbly in the end.  Contents were simple; egg mixed with small feta cubes.  It was nice.  Worth a revisit. 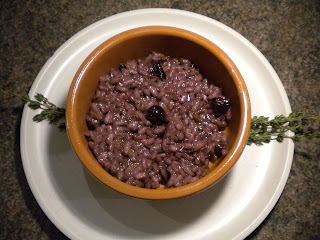 Yes, yes, it isn't bloody blue.  It is nigh on impossible to make blue food but this has blueberries so will have to do.  An odd recipe idea and thought he would get a kick out of it.  I also re-iterate: making risottos are so dulllll.  Stir, stir, stir.  Yawn.

Would have another go with this recipe, I think it's a quirky and interesting starter idea.  Would be a fun ice breaker. 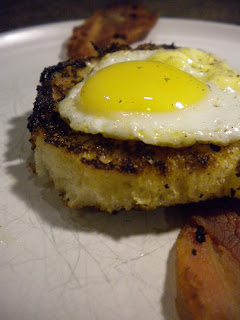 I could have eaten this eight times over, it was lovely, all comforting and tasty. 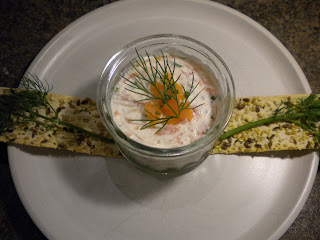 I love it when very few ingredients combine to make something lovely.  It's just chopped smoked salmon, cream cheese, lemon juice and I threw in some dill and chives.

It's also great to buy an ingredient you know you won't use all of, and that'll mean smoked salmon and cream cheese bagel lunches.  Woot! 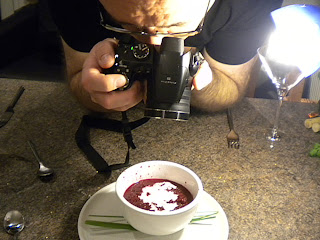 This was my favourite one.  Not something I thought would be so very lovely.  It was fun to make, finally learning how to sweat onions effectively (cover with baking parchment, put the lid on and essentially steam).

We have been trying out camera skillz on our food photography of late.  It's been quite fun seeing how the items have come out, and trying out different angles and a dedicated lighting source.  We take this blog seriously :-) 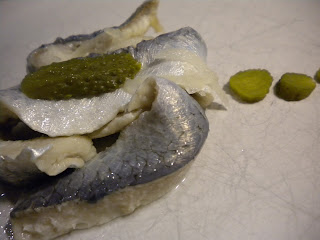 Well, I am not sure what "medley" might mean.  It's a pile really, arranged slightly artily in a circle, and then foofed with teensy cornichon slices.

There's not much out there that's grey/silver as a food type that would be nice to make and eat.  I think this fits well.

I like rollmops very much.  There's not much more to be said.  They're awesome. 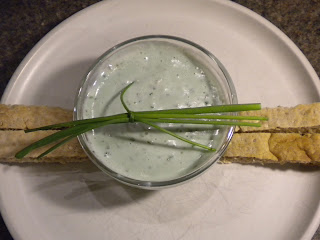 My very desperate attempt to make pale blue.  How can blue cheese not actually be blue when you stir it up?  But it isn't  Added some blue food dye, but still, it didn't want to take.

I quite fancied making this sort of dip for a while. A very American, insanely calorie laden, gluttonous dip.  I can't find the recipe now, but it has cream cheese, blue cheese, mozzarella and ranch dressing.  Then I warmed it up because I got bored reading the instructions. 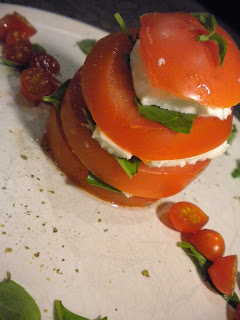 A nice simple one, but tasty and fresh,

Spent a quite relaxed afternoon constructing all of these. I would have thought I would be frantic, but when it's for someone so chilled and appreciative it's a real joy. I wasn't even stressed when I did the district line not quite right or the Victoria line refused to go blue.

This one was the quickest to put together and was really very lovely. 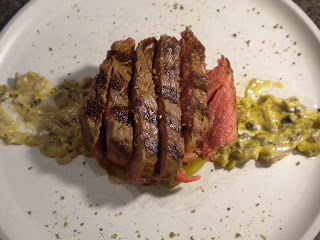 And finally, the sort of main course!

This was pretty simple, and lovely.  I would do it with a mini rosti next time, instead of just a circle of plain potatoes.  A time when I don't have ten other courses to make :-) 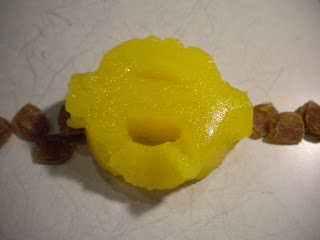 I know this line was renamed (Overground line - perleazzzze), but it will always be the East London line to me.

Whizzed up peaches and gelatine makes a cloudy, sort of weird jelly.  Not sure if I liked it or not.  The mould certainly didn't want to let go though, and I had bought it all special like.  You can see the mould has the Underground roundel, I am so going to use that allllll the time. 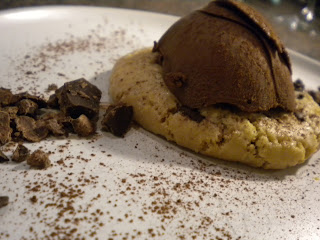 I once thought the Northern line was dark brown, and my mind won't let up and accept that it's black.

I like making ice cream and think chocolate is the dullest one to make.  However the crowd disagrees.  And the cookies I made with my niece earlier this week.  Though, her stirring is pretty lame.