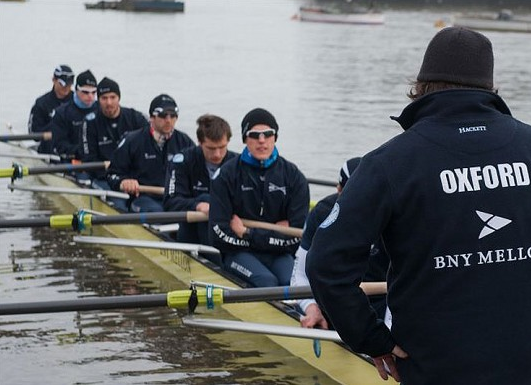 This weekend is the start of the Henley Boat Races.  I saw a poster as I wandered around Henley in my lunch break and idly thought of how nice it would be to go, if only for the catering available.  But, I don't 'get' rowing.  What's it all about?

I am definitely up for some food foofery though. 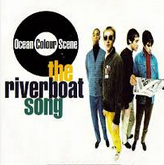 Music: Spotify playlist. I thought I would look for some songs about Oxford and Cambridge, and, on that front, Oxford wins big time.  Why do people not sing about Cambridge?

The playlist is quite low key, quite retro, it's nice and good background tunes. 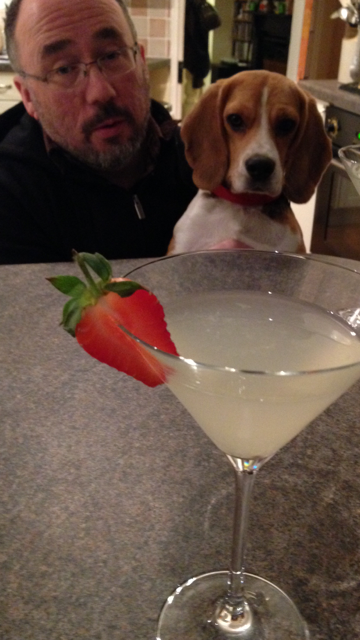 The Regatta has the rowers going the other direction.  Who knew?

We didn't have mint and this would be a great addition.  Really summery and doesn't feel that potent.  It is.  GIN!

Ian and Coops posing in the pic.  Ian has been away in Scotland (and I was the week before also in Scotland, co-incidentally) and he was away at the weekend, so we haven't seen each in a while.  My goodness he needs a scrub. 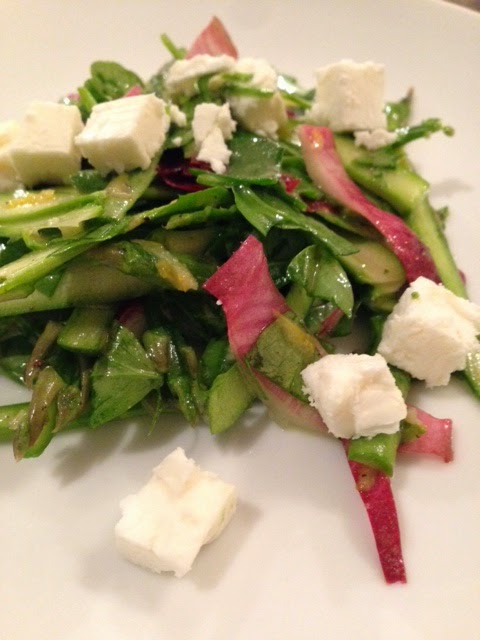 He found his inspiration in looking at menus that are available for the Regatta.  Did you know Jamie Oliver caters there?  I am sure he does at £10K a table (I have made this up).

He is shaving asparagus and we're having it raw.  Didn't think that was a thing; how we learn.  He has had a week of hotel food so he is craving healthy.  I have had a week of healthy and so am really actually craving lard :-)

We had a discussion about the chicory in this salad.  The discussion went like this: "I really don't like chicory".  On reflection; more of a very brief monologue.  Hugh Fearnley-Whatsit is a fan though.  I now learn that chicory/endive is a complex linguistic tango.

So, presentation wise, it feels really "£9.50 starter posh restaurant".  And taste wise... ditto.  It's really lovely, yes even the chicory (maybe I should get over myself).  One of those things that is more than the sum of its parts.

He thought it was a nice professional seeming salad but too lemoney (and he put in less lemon than they suggested).  He'd like different leaves in there.  Worth a revisit, it has no calories! 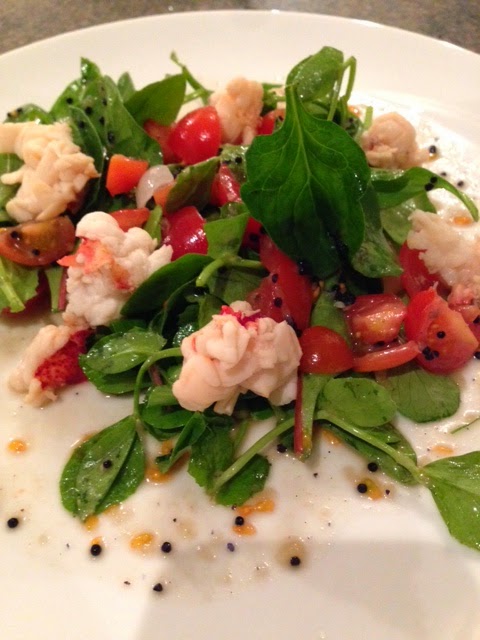 He spent a lot of time making the dressing, and, in retrospect, it was a bit of a let down.  He thinks it just tasted of orange juice, I hadn't thought so particularly.  But it was a bit blah.  The tomatoes were lovely but overpowered the dish.  Bloody gorgeous presentation again though.

The caviar in the dressing really was just for ponciness, we decided, as it didn't add anything. 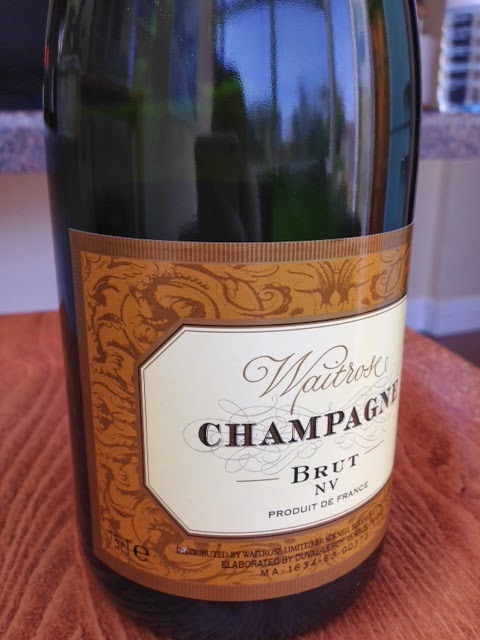 This meal was interjected with the drama that was Cooper getting out of the house (how the front door came to be open, I have no idea).  The dog has no concept of cars equalling death so there was a big panic as we rushed round his favourite spots in the locale.  The day was saved by Wispa the Weimaraner - Cooper's reluctant best friend - who he spends weekday afternoons with.  Ali and Wispa  kindly helped with the hunt and when we found Coops and wouldn't allow himself to be caught, he luckily couldn't resist saying hello (aka nibbling) Wispa and so... the prodigal dog was re-captured.

Cue, more champagne.  And feeding the dog some caviar which he loved so he realises how great staying in the house is.