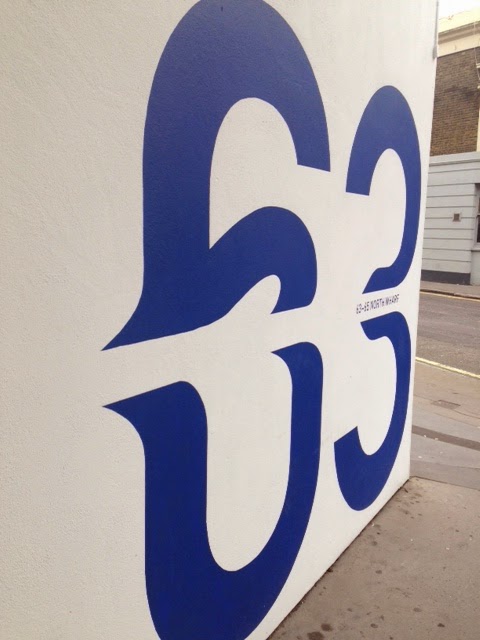 Today is my last day at LINE Communications.  It's been an interesting contract, seven months long, and I have made some great proper friends (a shout out to the very, very awesome Phil).  There are also very few companies that are truly inclusive of contractors and let them go to events like Christmas Do's.  Which you know I super duper LOVE!

There have been some intense projects and I made some great and groovy stuff.  The two main projects I worked on were for BP Castrol and the NHS Leadership programme.

I know it's weird and strange to do a theme around some company you have just left, but I think it's a nice way to reminisce and, um, well, eat and drink the memories?  Yeah, yeah, I know, I'm weird.

The picture is of the entrance to the building.  How cool is the font? 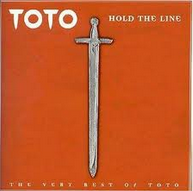 Music: Spotify playlist of tunes singing about something to do with "line".  Ian thinks that if LINE had a big conference they should have Hold the Line by Toto as the big opening song for the event.  They so should!

It's not the most exciting list of songs beyond that though so I have needed to deviate.  I decided to put songs together that I have discovered and enjoyed in the last seven months of being there.  Happy by Pharrell Williams is especially one that reminds me of LINE (obvs because I was so happy, ho ho) as I found his 24 hour video of this song and watched it on a more lax Friday afternoon and listened to it a lot over and over.  It's a good tune.

A lot of those tunes I listened to running up and down the canal, which were my Tuesday and Thursday lunchtimes.  It was a great place to go.  And I believe technically if I carried on running down the canal I would actually be able to run all the way to where I live eighty miles away :-)  Yeah, I didn't try that.  This picture is of a quite lonely part of the canal four kilometres away.  It was eerily creepy quiet.

A couple of tunes will always remind me of the Christmas party.  First, Sultans of Swing, which cleared the dancefloor... except for me and Ness.  Dire Straits?!  Hello!  The other was White Noise by Disclosure.  As the opening beats came on, Phil and Ade both perked right up and appeared on the dancefloor instantly.  That's the charm of skiing anthems I think! 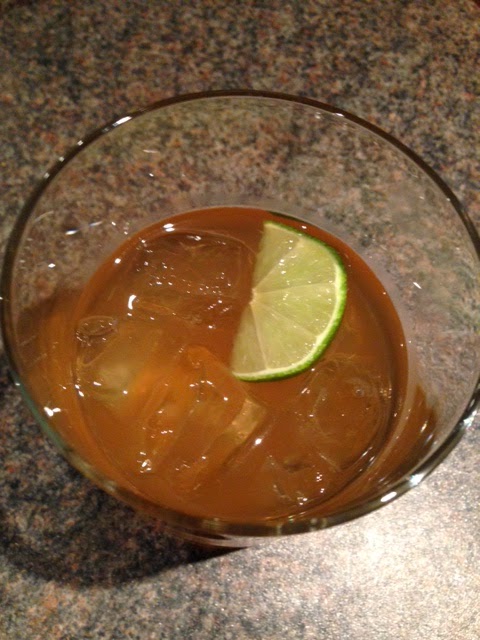 A nod to all the oil I have had to learn about from working with Castrol.  Did you know that contact pressures in an engine can reach 10 tonnes per cm squared?  That's the equivalent of seven cars balancing on your fingernail.  There is, however, no actual engine oil in this cocktail (sorry), but it does look like cloudy, watered down oil, and who wouldn't want to drink that?

The Velvet Falernum is a weird item, made with sugar cane, lime, almond and cloves, so he has had a go at making it, since I don't think we'll be able to get such a specialist item at zero notice.  Almost like I should plan ahead more and not on the day...  The cocktail description says it's popular in the Caribbean and the origins of Corn'n'Oil are lost in time.  Which is a shame as it sounds like it could be an insane story.

It's a delicious drink.  Really layered and the cloves are subtly in the background.  Of course, one of the ingredients we have made up, so it could be nothing like how it is supposed to be.  It is, in this version, a bit of a fruitier rum old fashioned.  Big win.  My finger is poised on buying this actual liqueur online... 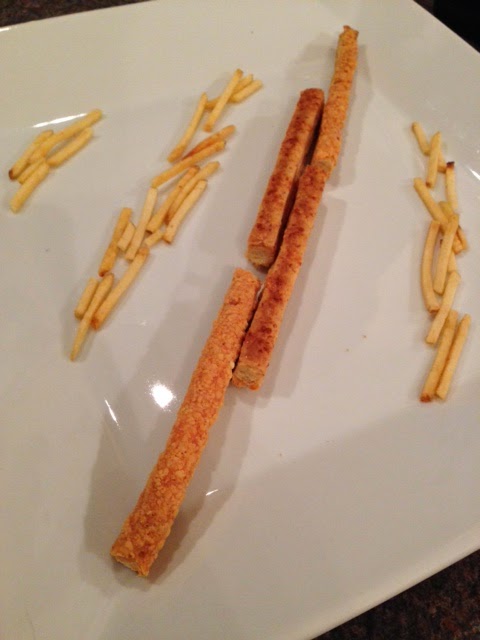 The starter is items that look like lines.  I know, I know, it's pretty deep and profound.

I didn't feel very inspired by food that is in the shape of lines, so I have just gone for snacks.  This was harder than we thought, French Fries and Wotsits are sorta wavy.  They didn't seem to sell awesome Chipsticks, so we were left with cheese straws and potato sticks.  But it worked well to nibble on as we made the other courses.

I will venture that these snacks are very rarely arranged in such a neat manner. 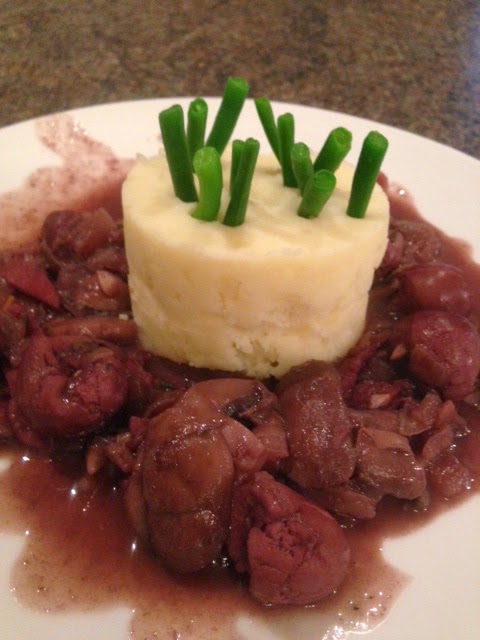 Here's the logic on this one... at the bottom of the pile (only figuratively, not actually of course!) are the patients.  These poor souls are represented by extracted kidneys (yes, yes, this is gross, stay with me.  Obvs not human kidneys, it was too short notice, haha.)  These kidneys are lovingly encased in red wine and accompanied by mushrooms a la Delia.  Then we need some nursing staff as the next part of the structure, which clearly are a pile of friendly, hard-working, creamy mashed potatoes.  Clearly.

Finally, right at the top, we need something to represent existing and aspiring leaders of the NHS. I did think of brains or heads, but I've already gone a bit seriously dark with all the kidneys.  If only I could put jelly babies on top, but, instead, they are represented by little sticks of green beans.  Awww. 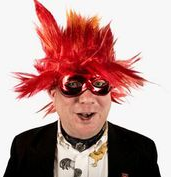 Andrew, my favourite desk partner (I sat opposite a bit of a hotdesk in the office), suggested that I should make this dish look horrendous, a la hospital food, but it would secretly be very nice.  It doesn't look as awesome as it tastes, that's for sure. 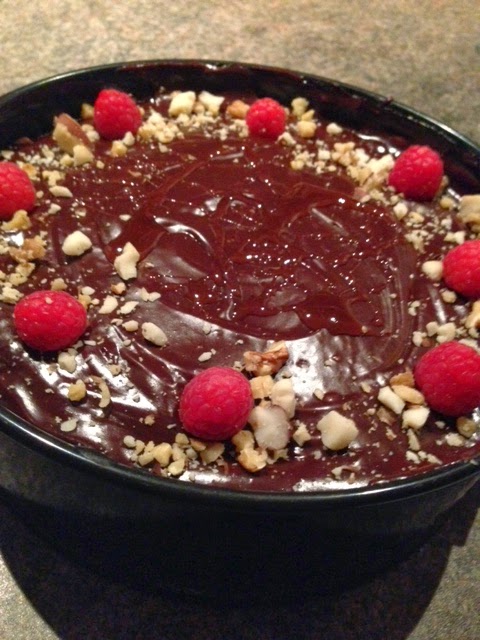 I think I can safely say that not even Castrol's marketing department, in their insane-est dreams, considered theming some food around their three brands of oil.

Enter me (and my own personal insanity).

Now, from my exquisite knowledge about these three oils, they each have a particular benefit.  EDGE is all about strength, MAGNATEC's USP is protection and GTX removes sludge.  Here's where my mind wandered... let's start with sludge... chocolate cake can be pretty sludgey, I think we can all agree on that.  Raspberries have zinc which give fantastic protection against cancer and chemicals in the air (thanks raspberries!) and walnuts and brazil nuts have omega 3 and selenium (respectively) which both help strength in muscle growth.  Enter the adapted Mississippi Mud Pie. 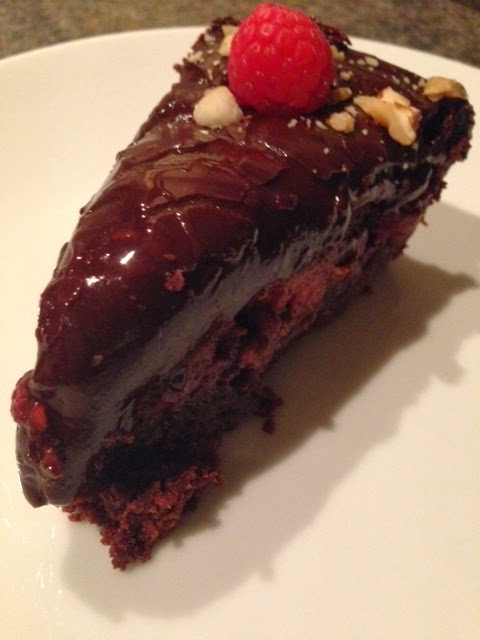 My lovely boss, Geoff, (who is the most chilled and deeply dry humoured boss I have had), said that golden syrup would be a good representation of oil, and how right he is.  There is golden syrup in the mixture, as it happens, and some has been drizzled on top in the manner that a mechanic might drip it on a workshop floor (i.e. with no thought or artistry).

And how does this medley taste? WOW. And I don't even like chocolate cakes.  It has three long stages to making it, but definitely worth a revisit. 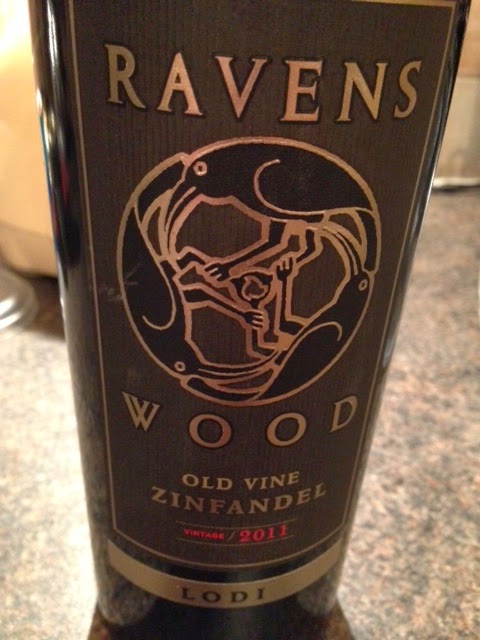 Wine to accompany, oh I did try to force some sort of tenuous link, but I just ended up choosing one with a funky wine label based on heritage of winery and vintage. 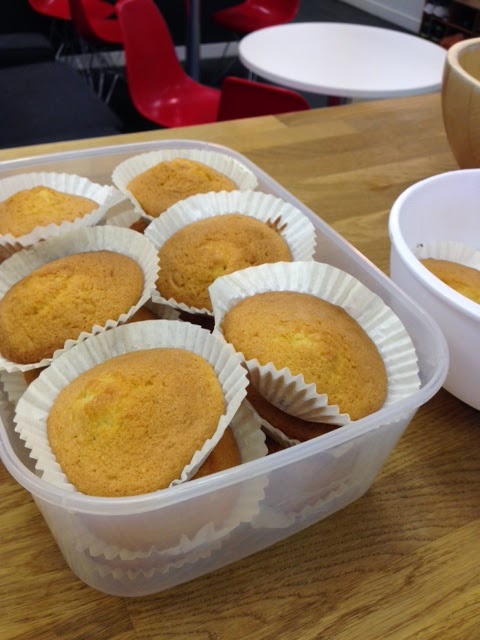 I had a really nice final week.  Mahsa made me cupcakes with raspberries for my last day!!  Emma gave me a chocolate orange.  Ness took me the team out for lunch.  And a small gang of us had mediocre pizza at Zizzi's for another lunch yesterday.  What a lovely bunch of people :-)