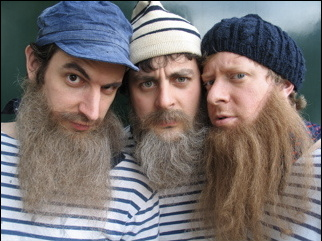 I like the random.  There was a Reddit thread about people's favourite food and someone said "Fish and chips.." and I thought, sure, that's good, but he wasn't done "... with dressing and gravy".

Transpires that this is a traditional dish from Newfoundland and, since I am unlikely to visit, I thought I would virtually visit through the medium of Internet recipes.

Music wise, I think there may well be a few sea shanties, Newfoundland is an island happily into their tradition.


Music: Spotify playlist.  This list makes me feel like a fisherman.  But there is also Hey Rosetta! who are quite interesting.  From the name I wanted them to be a group of feisty punk girls.  They are, instead, a bunch of indie (pop?) men. 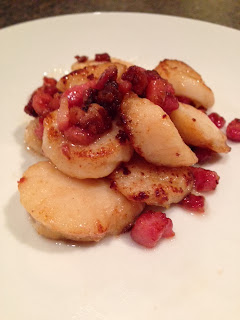 Unsurprisingly, our local supermarket didn't sell these delicacies (which are not actually tongues, it turns out), so he used scallops.

It was very tasty (maybe a little oily) but how can you go wrong with scallops and crispy pancetta?!  Both very good things. 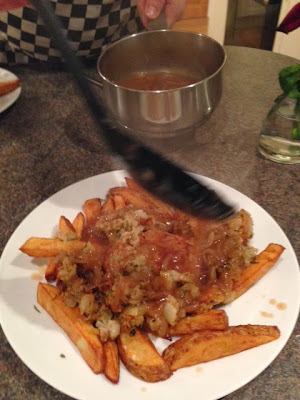 Fish and Chips with dressing and gravy

When I initially heard about this dish I thought the dressing might be like a salad dressing and the gravy would be the white gravy American's like to have with biscuits (aka scones in the UK, super weird meal).

But no, the dressing is essentially the sort of stuffing one might make for a Sunday Roast, except with other herbs than sage.  He made the stuffing from scratch, and that in itself was pretty nice.

So, how did it taste?  Very satisfying.  Sort of like a roast dinner and sort of like poutine.  The fish (underneath) was the least stand out part and almost didn't need to be there.  Everything else was so much more tasty it was a bit bland.

And there you have it.  A Newfoundland speciality.

Have to admit looking up flights there whilst eating this and wondering if it would be a good holiday destination...