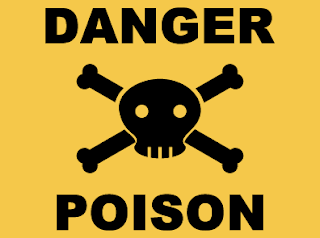 Tonight we are going to try and poison ourselves to death with food.  Hurray!

Lots of foods have trace elements of things that can kill you, or make you ill at least.  It's good to dabble with one's mortality every now and again.  Play Russian roulette.

I sent him a couple of websites of deathly foods and left it up to him to combine whatever he fancied. 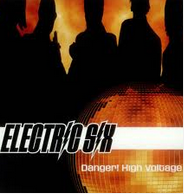 Starting with Electric Six, this playlist is quite fast paced and rocking out.  Lots of stand out tracks.  He is enamoured by My Chemical Romance all over again, I double take at where Morcheeba have gone with their new tunes.  Good mix, really loud and in your face. 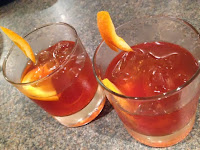 What to make here is easy - alcohol is poison.  Any alcohol would do, so might as well have an Appleton rum slowly mixed with brown sugar and angostura bitters to make syrupy goodness. 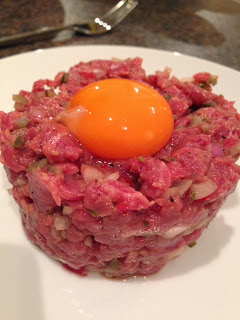 Raw meat and raw egg - very dangerous.  Have researched botulism to find out what's in store for us, and it seems that it's a fatal paralytic disease.  However, looks like it's curable, so I won't lose any sleep.  Unless it has insomnia as a side effect?

Also, it turns out 'botulism' means sausage in Latin...

This particular recipe has chilli in it, which is not what I usually expect as it's got quite the kick.  It's also quite heavy on ingredients in general.  Looking forward to it.

Okay, so he may have got carried away on quantity, but wow, good recipe.  The chilli adds pep nicely and all the ingredients made it a fun dish.  Do again.  But maybe smaller, heh. 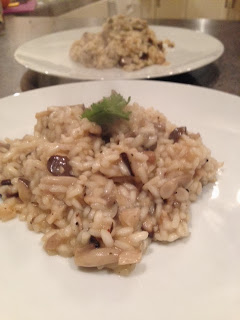 Symptoms can vary from slight gastrointestinal discomfort to death.  This does usually happen with wild mushrooms, not shrink-wrapped shiitake or bunashimeji (I know!) mushrooms from Waitrose.  But one can only hope.

This is a chef's own recipe, which means he is so comfortable with this dish he can just attack it with vigour and imagination.  And he does good.  Very good.  He says it's his best risotto he has ever made, and he says this as he sings along to ABC's Poison Arrow.  So it does make it more valid... 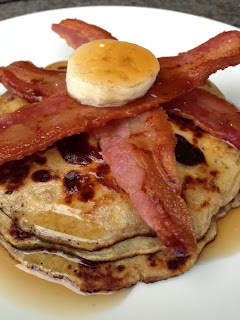 This was breakfast the next morning.

Bananas are radioactive.  On QI recently, Stephen (that's right, first name terms) was saying that for every 1000 bananas you eat, you increase your likeliness of death by 1 Micromort (measurement of likelihood of death).  There is only one banana in this, so it's fiiiine.  Nom nom nom.

The bacon, however cancer inducing it may be according to this ridiculous article, was a beautiful complement.

If I die from all this poisonous food, I die happy :-)