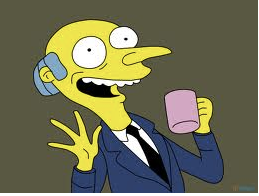 Well, we have to celebrate Robbie Burns on this important day that celebrates, ummm, a long dead poet?

Hubbie loves haggis, but I have requested that he tones it down a bit and that it isn't the main course.  He loves my whiny challenges.

For music, I am putting together a selection of Scottish bands. 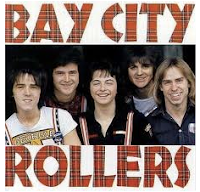 Music: Spotify playlist.  Some of these bands I knew were Scottish - the Proclaimers and Bay City Rollers - but didn't know any of the rest were.  I guess people don't sing in a Scottish accent.  The Beatles didn't really sing in a Liverpudlian accent after all. 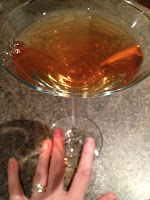 This looks like a martini, but had a sort of matureness to.  It's a very masculine cocktail, I think.  It is mostly whisky, and he shockingly put a Sainsbury's blend in, which is SHOCKING.

I liked it but he really enjoyed it.  I would have liked it, surely, with proper whisky ;-) 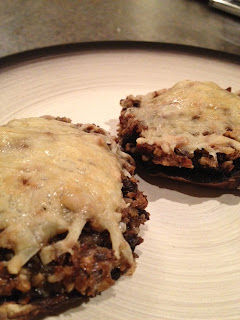 Three ingredients and two minutes prep!  It was okay, I don't think I like haggis that much (though he does), I can sort of feel it having a battle with my arteries as it moves through my body.  This was nice enough, I hope he has plans for all the left over haggis!  Internet is suggesting haggis lasagne and haggis nachos.  Wow!

As we wait for the main, Snowpatrol comes on.  I simultaneously want to rip out my eyes at their whining... but also sort of cry in an angsty way.  I think I am torn.  But I know they are a bit dull really, even though I doubtless own an album of theirs.  I'd play them if I wanted to be sad and wallow.  Or if I was feeling the urge to be introspective and decide my life was worthless.  Yep, awesome.  Those drums though, eh? 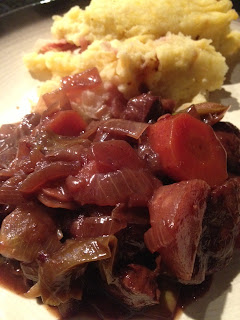 Stews are never great to photograph, but I hope it's captured the tastiness.  Maybe not?

It's now raining heartily outside (weren't we given an Amber warning by the Met Office for snow?) and this is wonderful curl-up-with food.  Beautiful venison, luxurious sauce and the potato cake is insane; I could just eat that out of a bowl with a spoon.

Music has now ended the realms of unknown bands.  I am enjoying Futuristic Retro Champions loads but sadly not Gay Against You, whose discordance reminds me of Noel Fielding's DJ character in Nathan Barley who plays throughout the night loudly in the flat. 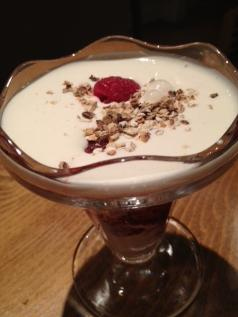 He has ordered this a couple of times in restaurants but I haven't seen the appeal (though I think raspberries are my fave fruit).  Looking forward to trying it out.

He got half fat cream, which he bemoaned come the actually assembly.  And I do think cream is one of those things that doesn't suit being de-caloried.  It was quite nice, but sort of an Eton Mess meets some porridge.  So, hmmm, I'm not sure about it.

A good little evening, the venison stew was a particular stand out and the music has been varied across the genres and really good in places.  Scotland; you rock.