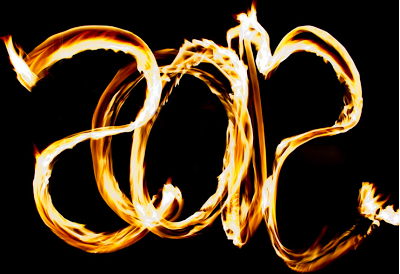 As is traditional (ahem, maybe done once), we're gonna do a round up of a selection of tunes from the various themes for the year and he's choosing his favourite dishes to make again.

An up and down year.  Much in the way of Britishness with the Jubilee and the Olympics, which was fun and people were happy.  Loved the opening ceremony of the Olympics.

Started a degree with the Open Uni and met some great new student friends - especially Avril, who is my secret twin.  Went to Scotland twice and saw the lovely Bel.  Lex saves me from a darktime with wig wearing and geekie films, along with the awesome Tori and Sarah.  Love them!  More please in 2013.

Had an amazing Texan holiday, Barcelona, Euro Disney... Work stuff was meh (thankfully into a new year away from that).  Overall the year gets a B-.  The year was generally not stand out memorable, but the Texas holiday raised it out of mediocrity.  Oh we must return.

And in December we discovered the lure of online gaming in D&D Online. 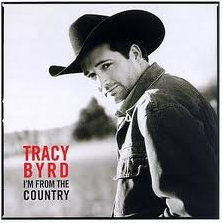 A nice round up from all sorts over the year.

We decided our 2012 tune was Tracy Byrd - I'm From the Country.  When we were in Texas this was the song that played as they tried (and very much failed on our part) to teach us a mad complicated line dance.  It was enormous fun and I would love to have line dancing lessons.  He really wouldn't.  He sucked.  He reckons if he had had cowboy boots he would have been amazing at it... 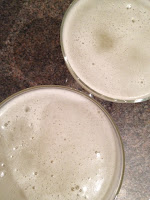 Cocktail: Has to be a Margarita.  I had ten thousand in Texas.  A day.  In all variations.  Some good, some meh and some terrible.  Some amazing.  And the education in Tequila (which we don't really get here in the UK) was priceless.  If you think that sort of knowledge is useful (it is, you're wrong!). 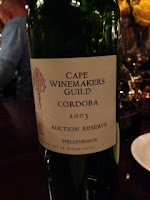 We've had some wonderful cocktails and wine this year.  We 'found' Cerise, a restaurant, hotel and bar in Reading, whose cocktails are creative and fascinating.  They will be getting more patronage!

Wine wise, we had an amazing red wine at Champney's (a Michelin star restaurant we found ourselves in).  It was expensive.  Like woah.  It was incredible though.  I have never seen a waiter enthuse so much about anything. 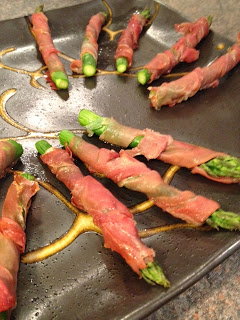 From a zombie theme last year, we have asparagus wrapped in parma ham.  Insanely simple, but really lovely.

This was a bit of a stumpy fingered zombie, but fresh and delicious.  Nom!  They didn't last long. 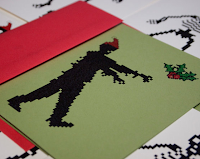 We did much zombie related last year, peaking with Z Day at a library (?) which was very entertaining, stories, songs and acting and just much insanity.  Our year ended with an 8 bit zombie picture on our Christmas cards from Etsy. 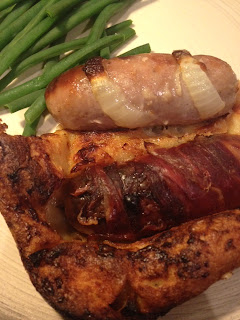 Toad in the Hole

This item was from our Leap Day William theme.  I remember thinking it was really lovely, something very British and that I haven't had hardly ever.  Sob.

We decided this was our favourite main of the year, although we both can't remember why now.  It was really satisying, lovely Duchy sausages and the batter tasted fresh and calorie laden.  NOM! 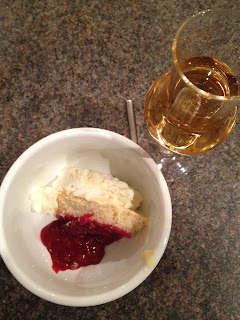 He didn't think it was the best, necessarily of 2012, but he was going shop bought for this course and thought I would like it.  Aww.  Now we are 'relaxing' to the beats of Zombie Nation and finishing off dessert wine.