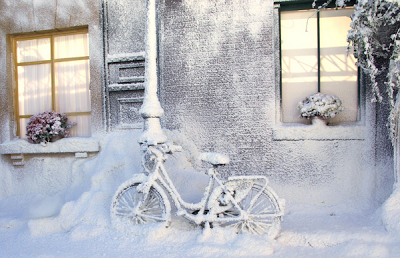 Today the UK is - as we are shocked every year to be - at a standstill because of the snow.  Don't get me wrong, it's awesome.  Not only pretty but meaning one needs to work from home.

Tonight we are going to embrace the best thing about snow.  No, not snowmen, snow ball fights or snow angels.  Skiing!  Tonight is apres ski.

The food will keep us warm and fat laden enough for a fictional eight hours of skiing tomorrow. 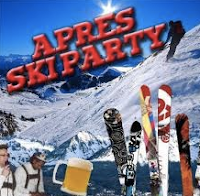 Music: Spotify playlist.  Now, surely no one actually really likes this music?!  Well, maybe wacky Euros in their neon 80s ski outfits.  This is a short list, for the irony, and then, well, listen to something else, dudes.

However, I am not ashamed that I can get into a rousing version of Die Krankenschwester.  Maybe it's that people bobbling along to this at apres ski have no shame, no British snobbery, no judging.  Maybe it's my German roots wanting this to be permanently on my turntable.  Who knows... but here comes the chorus, everybody now...! 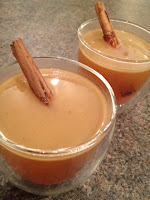 Rum with butter, apple juice, cinnamon and spices.  He loves it.  I am more reticent but I do think it would be good after a load of knackering skiing.  It's totally what I imagined the Butter Beer out of Harry Potter books to be like (the internet wanted that recipe to be non alcoholic, that's just silly). 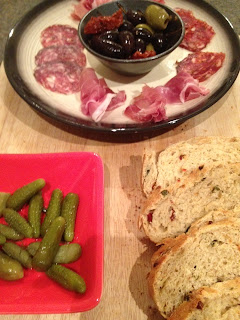 A selection of lovely meats.  Europe does many things well, and these are fabulous to nibble on as he makes the main course.  Which I am sure he will do any second now...

We are skiing in Tignes this year.  Our super awesome friend Andy Q is renting a chalet for like two months or summat and all his friends are welcome!  How cool is he?!  We had booked a week with him, and then, in a drunken moment I thought how awesome would it be to ski one week and snowboard the next?!  Of course, I can't snowboard, but that's a minor detail.  So two weeks around Easter I shall be shoop shoop shooping.

He bought some bits from our local farm shop and some from the Co-op.  I know, world's apart.  So wild boar red wine salami, intense, spicy and lovely.  So flavoursome.  Wild boar chorizo also awesome.  Revisit needed!  And for all my snarking, Parma ham from the a chain is, of course, just lovely too. 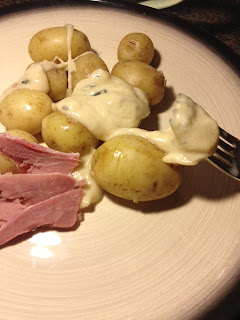 Melted cheese for dipping ham into and then to pour onto boiled new potatoes.  It's the dream.  Can one have too much cheese?  Actually yes, we bought seven million bits for Christmas and then got more from my bro's family.  The bits that survive will make it into a melting pot.  Ooo a literal one, not metaphorical one.

Now the problem with the prep for this sort of meal is one must nibble at the things being cut up.  It's like law.

Sadly in the end the meal was disappointing.  Clearly our chemical knowledge is lacking as the cheese melted like a fish.  i.e. it didn't, grrrrr.  Still tasted okay but needs to be revisited to have another go.  I do feel utterly stuffed.  And I haven't and won't be skiing anytime soon, dammit. 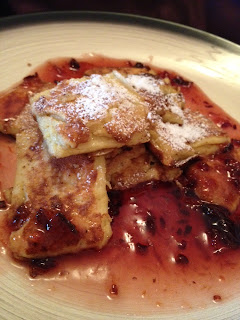 I have never had this skiing, but then I haven't skiied in Austria, I don't think.  But this recipe looked stodgy and lovely.

There is no way I can stuff this into my mouth, so wouldn't it be an awesome brekkie?

And it did!  Really lovely and so satisfying.  And then, bolstered up with this delicius stodge, we went out running in the snow.  6 miles today, following our schedule for the Reading Half Marathon.  It was hard in the conditions, like running through treacley, lard swamp, and then slush in ya trainers, urghh.  You so wanna see my blisters... Can bearly see the sodding path! 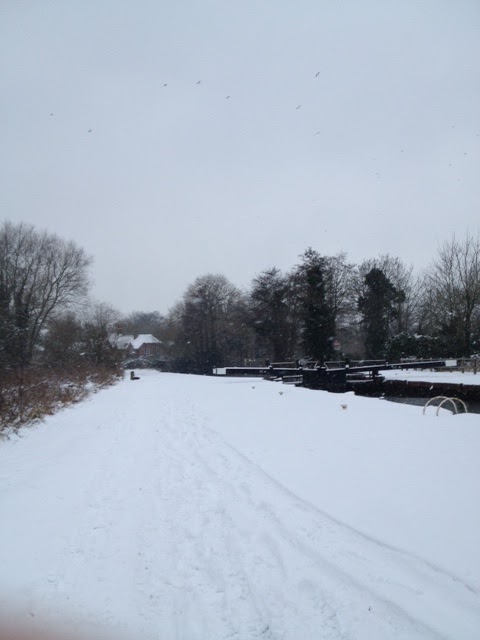 And (you can't tell from the pic too much) it begins to snow - ra!