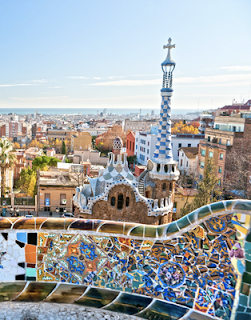 Tonight we fancied some colour and spice.  We both came up with the idea of a fabulous paella.  We have a paella pan, which we bought at a Cheltenham Food and Drink Festival.  It serves 6-8 people, so we might possibly have some leftovers.  Possibly!

We had a brilliant time in Barcelona last Autumn (I piggy backed a business trip he had) and we were both disappointed by the paella's we had.  I know, probably our fault, when you're a tourist, you can't much avoid going to the wrong places as you just don't know. 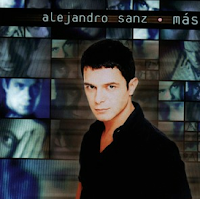 Music: Spotify playlist.  Starting with a bit of Flamenco, going via the Inglesias family, but ending up in an interesting area.  I really love Hombres G who are sort of funky pop, sort of, and I love SFDK who are a fast rapping dub type outfit.  Their current album has (because of remixing every song once) 68 tracks!  Oh, the modern world. 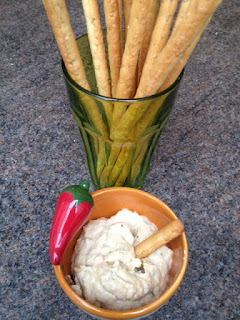 
Sounds nice huh?  He read the back of the container (yes, we've gone a bit lazy on the starter as the main is quite a lot of work) and told me how it was a Spanish specialty.

He had just bought the dip because it sounded nice and he thought he could shoe horn it into the theme.  How cheeky is he?!?!?! 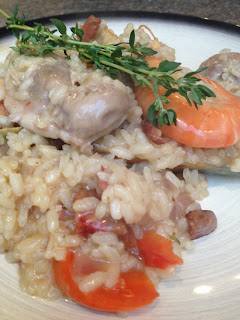 
I love meals that you make in just one vessel - stews, jambalaya, lasagnes, risottos...  I like them for the cacophony of different elements, all in one pot.  And it means you don't have to have another pot going with rice or potatoes or whatever.  Maybe it's a bit lazy or maybe multi tasking can be a bit of a chore.

Paella is, of course, one of those one pan meals.  It has seafood, chicken, chorizo and lots of rice as it's main parts.  But it has beautiful flavourings like saffron, chicken stock and thyme to lift it.

This was truly wonderful.  It's one of those foods that just makes you feel better.  When it's made well... and it was!