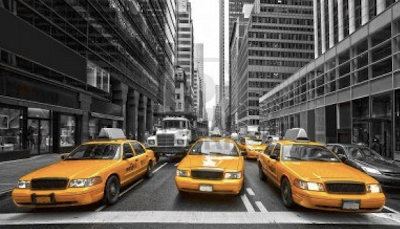 The idea of this theme came up from the innocuous comment, "well, what *is* a New York strip steak".  The best way to find out such things is to cook 'em.  I did a similar thing earlier in the week with Chicken Parm, which was mentioned a hundred times in a Leverage episode.  So I had to check it out.  It was win. 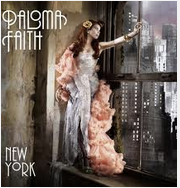 Music: Spotify playlist.  I guess you have to start with Frank Sinatra's New York, New York?  I am looking through the Wikipedia article on the music of New York - did you know salsa music was invented there?  Mad. 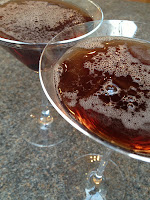 Two of my fave cocktails are NYC themed: Long Island Iced Tea and a Manhattan.

We have been really into Manhattan's of late, they need a red vermouth which you need to get online really.  So the last purchase was for a few different ones, which has been fun to explore. 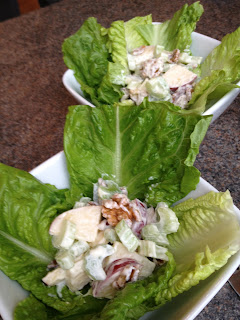 This was disappointing.  He says that it reminds him of salads his grandmother used to make: uninspired raw stuff thrown together in a bowl.  I don't like it, where's the fun bit?  Walnuts, they're okay, apples ditto and celery meh.  The most interesting thing is the mayonnaise.  That should never be the case for a salad!

So, a no from me, I can't even face finishing it.  He has no such qualms, but isn't in love with it. 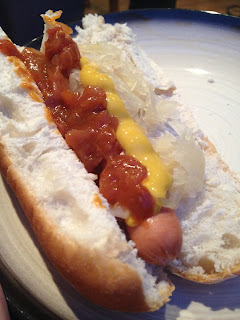 Frankfurters, mustard with homemade relish and sauerkraut.  Not a way I have had hot dogs before, but very tasty.

We had some guests around tonight, and the consensus was that these were pretty great.  They were en route to the airport to go to Svalbard, of all places, and dropped in for some dinner.

It was a nice evening, I was slammed with tiredness but having activity in the kitchen and friends you can relax with around, was soothing and lovely.

Thanks Rob and Jen (and of course awesome Ian) x