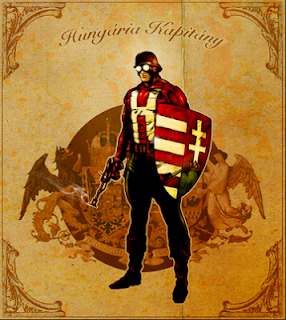 Hello all!  What a sunny week.  I have been zooming around in my little convertible playing Fleetwood Mac.

This week I finished off a contract where we had a lovely team of developers in Hungary.  I haven't been to Hungary so I thought I would go there virtually tonight via the medium of food, drink and music.  And no queuing in airports and constantly wondering where my passport is.

The company I was working for is Monochrome, they are fun boys and "monochrome" is a GREAT theme for a FridayDateNight - all that black and white.  However, I have done a chess theme before, which touches on the two colours (and also a white theme) and I wouldn't want to get repetitive :-)  So Hungary it is.  I like my emerging tradition of marking the occasion of working at places with music and tunes.  There was the Football League, Vodafone and London Underground (which was the most epic FridayDateNight ever with 11 courses to represent the different tube lines).

So, Hungary... what do we know so far?  This picture is of Captain Hungary.  Is he like Captain America?  No. The flag is like the Italian one, but sideways.  I am so informed. 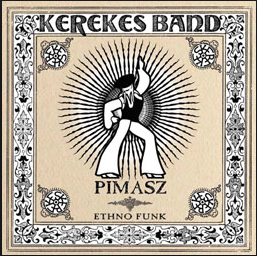 
Well, I don't know any Hungarian artists.  And I am feeling lazy, so have used the imaginative keyword of "hungary" in Spotify to make the playlist.  The Hungarian Eurovision song entry for 2012 was actually pretty good.

The best song so far is by a band called Hungry Kids of Hungary which, of course, is an Australian indie band...

The best Hungarian band is Kerekes Band.  They're very funny.  Sort of a bit like a good version of Jethro Tull in places, with their flute action.  My Ian takes this very personally, as if I am saying Jethro Tull is not good.

Jethro Tull is not good. 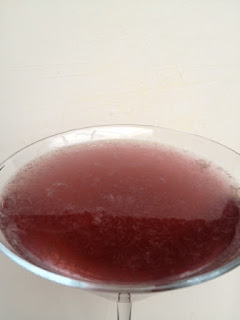 And it's really fabulous.  Sour and sweet and even a pretty colour.  Recommend. 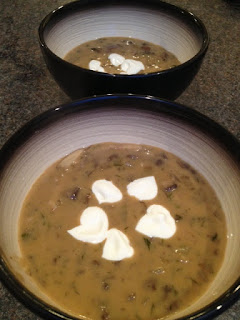 During his research on Hungarian food (yes, he does do background research), he found that soups were particularly key.  He thinks I am obsessed with mushrooms (you say one thing once, and suddenly you're obsessed!) so voila - Hungarian Mushroom Soup.

Hungarian's seem to love Paprika.  Everything has Paprika in it tonight.  Even the cocktail.  Well, no...

As he is cooking this up the Hungarian National Anthem comes on.  The tempo of which is so slow, it's like a lullaby.  It's super depressing.  Oh, wait, I spoke too soon: 1:30 minutes in it gets a back bone and starts kicking off.  This gets me interested so I decide to find out more about what the lyrics might be.  I don't know if you find history of national anthems interesting (I didn't think I did), but this was pretty cool (from Wikipedia):

"The words of the Hungarian anthem are unusual in expressing a direct plea to God rather than proclaiming national pride, the norm for the genre. This reference to God meant that during the period of strongest communist rule in Hungary (1949–1956), the anthem was played but the words were never sung.

Party Secretary Mátyás Rákosi even asked poet Gyula Illyés and composer Zoltán Kodály, two of the nation's most acclaimed artists at the time, to write a new, communist-themed national anthem. Both, however, refused."

My husband has just tasted the bubbling soup and said it is "souper".  I have to kill him.

To his credit, he looked in the East European section in the supermarket for a wine tonight.  There was literally one bottle, a Cab Sav for £4, and it was from Bulgaria.  He decided to go a different direction... towards Italy.  When I was in Poland a few years back I had some amazing Bulgarian wine.  Then I went to Bulgaria and had no good Bulgarian wine.  A £4 Bulgarian wine probably will not be very good.  I should do a Bulgarian theme and have it then.

The soup is AMAZING.  I may have used the words "best soup ever".  Looking at the recipe, it's a bit of a pain, but it was tasty and complex.  He needs to make a massive pot of this and freeze up portions.

We were so stuffed from this soup that we made the mature and odd decision to pause the evening and have this meal another night.

Shall update when we do it :-)