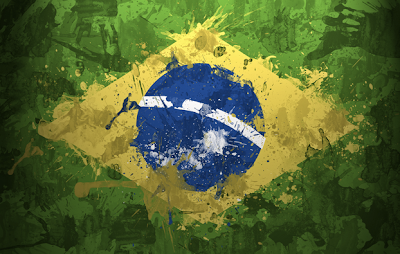 We wanted something very different and tasty as a theme today.  We ate and ate lots of melted cheese in the form of fondue and within tartiflette and then also piles of junk food in the Alps on our recent skiing trip, so anything but that!

I think he chose this theme because he just wanted to make Caipirinha cocktails.

I like the theme because it's cheery music and interesting food and far removed from yet more tedious, useless weather.  There have been teasing blue skies  and patches of warmth, but, oh no, yet more tumultuous rain.


Music: Spotify playlist.  Using the Music of Brazil wikipedia page, I scooped out the artists to get a range across the many types of music.  We start with Samba, we go via progressive rock... 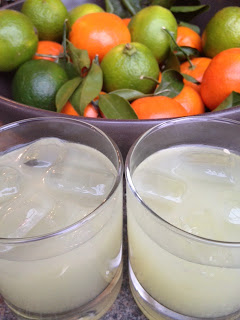 I like this drink, sort of, it's just a bit like being slapped with a load of limes, and not much else going on.  Why waste perfectly good limes and not be making a margarita?!  I am not sure what the cachaca ingredient is all about, it doesn't seem to make itself known.  I do love that we idly even have cachaca.

I have berated him for not using crushed ice and not muddling the limes within (squeezing the juice separately).  He has given me a withering stare. 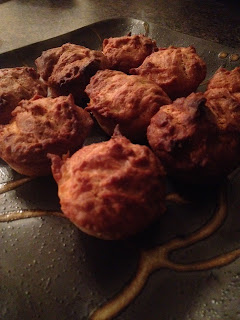 Or, well, cheese buns, which doesn't sound good at all.  I guess a little more cheese won't hurt. So long as it's not tasteless melted cheese that turns into plastic after a moment.  The cheese is in fact parmesan and mozzarella.  Scanning the recipe and sniffing the air, am looking forward to trying them out.

He didn't get tapioca flour and forgot the yoghurt, but these were great!  I would love to tear one up and dip in a spicy salsa, but they are fantastic little things.

We are listening to the, supposedly, satirical band Mamonas Assassinas.  A bit of a wikipedia later and, wow, this EMI signed band all died in a plane accident.  Blimey.

Back to the buns, he says they go really well with red wine.  I think they might make a good buffet style addition, or canapes.  Or, oo, a couple in a lunch box.  Win! 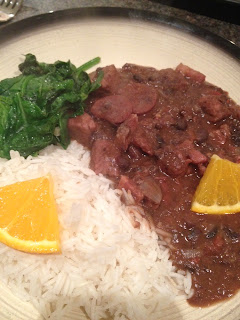 This is the Brazilian national dish, originally from Portugal.  With many variations, he has trusted the good ol' Beeb.  It sure has a lot of meat in it.  As I inhale the complex smells I try to cope with a strange prog rock Brazilian band, O Terco.  It's soon over and then there's some 80's pop by Gang 90.  I like 'em!  This is a strange mixture of music.

Whilst the food is cooking away I look up a bit about Brazil, since I don't know anything about the country.  Their flag, above, is awesome.  They're the fifth largest country in the world and been identified as a potential superpower!

Once served up, this was gobbled up, even though we had probably ruined our appetite with the starter.  Was really good.  The black bean sauce was beautiful.

Thank goodness there's loads of leftovers, will be even nicer with a bit of a simmer.  This is definitely one to revisit.

Thank you Brazil, and good night.