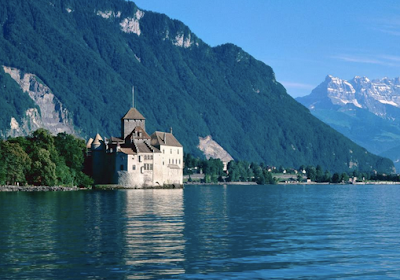 After the last attempt at fondue (just guessed and melted whatever cheese was around), when I found this recipe today when I was looking for something entirely different, it was if God himself was saying "Makkkeeeeee fondueeeeee".  That's how higher beings talk, you know?

Well, okay then.  We slapped a theme around it, "Switzerland", an offensive name for the blog "Tobleroneland" and off we go.

I can't think of any musical act that has come from Switzerland.  Zero.  How educational this will be!


Music: Spotify playlist.  A rampage of music from the 1960s until today.  Some gems.  Thanks Wikipedia. 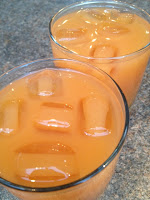 Are the Swiss famous for any particular liquor?  I can't think that they are.  So here is a cocktail with a dull, but appropriate, name.  It has rum, Grand Marnier, Campari, orange juice and bitters.  On sipping it, my darling husband exclaimed "fucking hell!".  Yes.  It's, an, ummm, acquired taste.  Herby, from the Campari I assume.  And then a ream load of other spirits.  Well, hmm, maybe one that doesn't make it onto our preferred list... 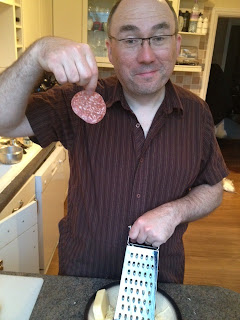 This should accompany the fondue, but I am so darn hungry.  Commuting makes me real hungry, I don't know why.  In fact I stuffed it in my greedy face before I could take a picture.  He is holding a lone piece of salami as he pauses in his cheese grating.

He is not pleased I keep stealing the bits of cheese.  Not pleased at all. 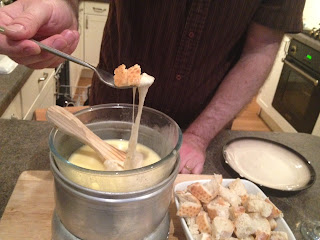 This had mixed results.  He has found his camping stove as a make shift fondue warmer (after being on the hob).  It has had mixed success.  I am being kind... it was a bust.

But the food was delicious, lovely wine soaked cheese.  The bread was perfect for dunking (should have been stale, but it's not like you can buy stale bread).

He says that cliche food is cliche for a reason.  It's good.  Real good.

It takes a while to get the knack of dunk, swirl, quickquickquick! But we get a bit good at it towards the end.  Then there's none left, but we are stuffed.

As we slump onto the sofa, we hear Gotthard.  "Their last eleven albums have all reached number 1 in the Swiss album charts, making them one of the most successful Swiss acts ever."  Blimey.  I sort of quite like them, sort of.  They're a bit Bryan Adams, he thinks White Snake.  They're certainly nothing new though.  Ooo, snarky.  Then he says they're a bit Deep Purple, second time he has said that tonight.  And I don't know anything about Deep Purple, so I decide next week's theme is Deep Purple - the music and the colour of the food.  Huzzah!

The music has dipped into rap and house and electronica.  It's pretty fun.  Really enjoying this playlist.  PLAY IT!

As he is abandoning me all weekend he has bought me a mystery lego fig (Marilyn Munroe in lego!) and a device for moving cakes you've baked (by not using your hands and a bent spatula).  Perhaps trying to incentivise me to make him some baked goods while on my sad, sad own?