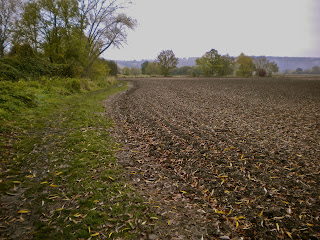 An evening dedicated to moi?  I couldn't possibly!  Lovely hubbie is cooking my fave things and I am playing my autobiography via the medium of music.  This will literally only be interesting to me, and even I am a tad embarrassed with the attention.  I am shy rilly, you know that, right?

Today I had a photography lesson and walk down to the Thames in Pangbourne to try out the theory.  Was great fun.  I like this pic; shows the beautiful Autumn colours.

Lovely hubbie bought me this camera two birthdays ago and it's been a mystery to me since then.  However, now I know about macro lenses, apertures and the law of thirds and I have been having great fun playing.


Music: Spotify playlist.  As in order (as much as I could) of personal chronology.  Since you have no idea when I was exposed to each song's wonder, you won't know if I have nailed it or not :-)  Yes, absolutely of course there are some shameful things in there.  I am proud of 'em. 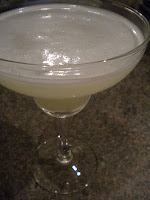 Cocktails: he mixes me up a Margarita.  I love this drink, and had them daily when in Texas this year to sample every possible variation.  I was basically in heaven.  The perfect mix, for me, is a great quality Tequila (so only special order in the UK), freshly squeezed, not mega fresh limes (they are sweeter), Cointreau and shaken up so there's no ice diluting my drink, but it's cold.

You may make me one, if you like, and I will give you a commentary so you can perfect it, ho ho. 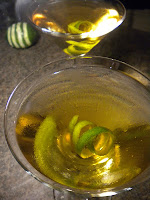 For some seems-a-good-idea-at-the-time reason, we follow this with my second favourite cocktail; a gin martini.

I like Blackwood's gin the most (I think we 'only' have Tanqueray in stock at the mo), then I like Noilly Prat vermouth or Lillet Blanc vermouth if I fancy a sweeter version.  Bitters and then shake, shake with ice.  Foofery accompaniments, like a twirl of lime, always appreciated. 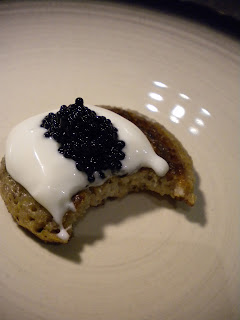 Blinis with creme fraiche and caviar

He chose this as my perfect starter because apparently whenever we have these I squeal.  And he knew that our lovely friend Piia had given us homemade blinis which were in our freezer.

They were awesome.  I think I really like combo food.  Where there's all these different things going on.

The music has now hit my post Rocky Horror obsession (which was all encompassing and years long), we are into Meatloaf (which, yes, obviously is connected), Dire Straits, The Beatles, Georgie Fame.  The rest of the world was listening to Guns n Roses and Paradise City, which is fine, but it didn't connect for me.

We talked about how times have changed so much - I used to know the opening times of the Richmond Reference Library to be able to look up things in the Spotlight book (where actors etc had their profiles) - I was really into that world.  Now, in seconds we know why we know that person in that film, from some other thing they were in using IMDB.  What an easy and lovely world it is now :-) 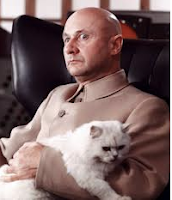 Playing 'Another Brick in the Wall' now, this one is because as Upper Sixth formers, the tradition was that we write a short skit, without any teacher approval, for the final assembly at school.  It wasn't shocking (we were sweet, innocent Convent school girls), but it did caricature some of the teachers and especially the Headmistress.  Caroline Pugh (one of the senior prefects) portrayed this rather scary and cat obsessed spinster as the Bond villain Blofeld.  It was fabulous. 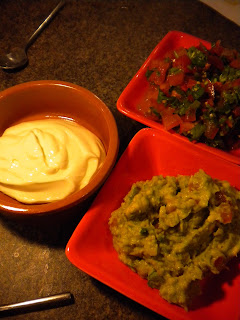 This has been my go to "having a bad day" or "celebrating an epic win" meal for as long as I can remember taking hand to frying pan.  It's awesome, you can vary it, make it hotter, make it cheaply, make it quickly - all depending on your exact needs.

An incredibly dumb running joke is that I used to order this dish over the years wherever it came onto the menu.  Every single time it didn't even slightly measure up to my very high fajita honed standards.  So now, I just have to accept I make the best ones ever and leave the restauranteurs to peddle their inferior products to the less demanding.

Of course I didn't even make these, hubbie did, but, yeah, well, whatever, maybe he did a good job.  Dammit!

Drinking Gewurtztraminer, something we drank and grew to love on our honeymoon in Italy.  It's a pretty awesome moment eating and drinking one's favourite things.

Pulp is now playing - the first band I saw live - might as well have been a recording, pretty much.  Having been used to going to the theatre (yes, that's what I spent my pocket money on, I was a super weird kid) - there just wasn't anything else happening apart from some people on a stage singing songs I already knew from an album I had bought for £15.99 (or whatever it was then).  I have never really got over that.  I get that there are differences with a song being played live, and the band have more enthusiasm (usually) and you're in the same (maybe huge) room as people you admire, but they're not bringing much more to the table than that which they created months back and sold to you already. 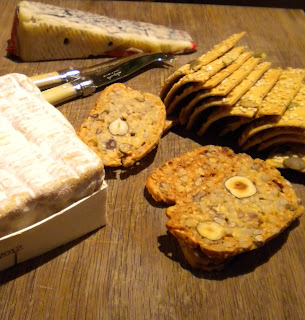 I had wondered what he would do as a dessert since I don't know what my favourite dessert is.  But - aha - I love cheese and biscuits!

I was fading at this point so he fed blue cheese slathered fancy crackers to me.  He rocks.

My autobiographical playlist had pretty much moved  right up to the point when we started dating and, since we undoubtedly have our own coupley autobio playlist, we will do that another self indulgent evening...
Posted by Unknown at 22:00