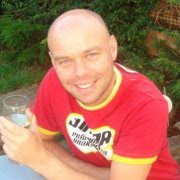 My friend Neil died month and the funeral and wake was today.  I definitely don't want today's FridayDateNight to be a downer though, he was very fabulous and wonderfully gay.  So a lovely gay theme tonight!

I was out all day drinking Pinot with people who used to work with Neil on a contract and talking about the wonderful things he used to get up to.  Trish read out the fantastic text messages he would send; his mock horror at Primark, disaster of needing to go on the Northern line and, his classic - always turn left when boarding an aeroplane.

People were asked not to wear black and to wear yellow or something cheerful, as that was who he was.  Really incredible celebration and an amazing turn out.

Tonight, Neil, we have some food and music for you.


Music: Spotify playlist.  Starting with the three songs played at this funeral: Rule the World by Take That, Joseph and the Technicolour Dreamcoat and Angels by Robbie Williams.  This list then tripped through a celebration of fabulous gay music.  This list was compiled mostly by the lovely (and apparently hetero) Andy Smith.  Some very great tunes needing full volume and dancing.

I drank in his honour all day.  We toasted him with Bolly, which he would have been very pleased about. 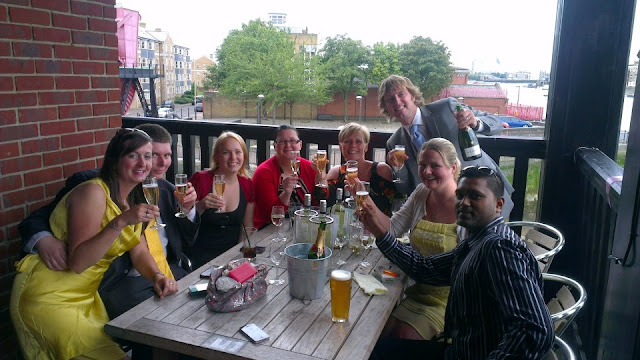 After many, many hours and a gay club later - I managed to negotiate tubes and trains to tumble back in my front door.  Lovely kitchen cooking smells greeted me! 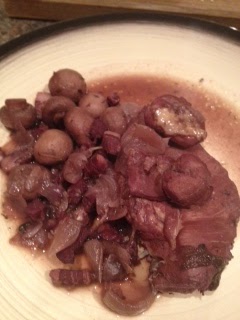 This was the suggestion he got from the boys at work.  It's not really a gay dish, but Neil did like coq, hehe, BFC in fact as he would tell everyone.  He was never shy at telling anyone about the gay saunas and clubs he went to.  He loved the shock factor, of course, but he was so open and good for us 'normals' to hear about this other world.  My god, heteros are so dullllll.

This was a lovely recipe, juicy mushrooms and lots of sauce to be mopped up by chunky slices of pave bread.  Very welcome after endless wine drinking.

I was beyond the capacity to drink any more at this stage in the day, but it would have been champagne, which he loved.  After his interview at UBS, we met up for some champagne in Selfridges.  A company at which he then did one of the most shocking unexpected things - he went perm <gasp>.  Something he always saw on a par with people who wear crocs.  He loved the place though, and had found his work home.

I will miss his hyperbole and drama, and his constant adventures and stories.  I will also miss hearing about the gay scene in such graphic terms :-)

Funerals and wakes can't help but make you contemplate your own mortality.  At 36 I don't see my own death as around the corner, but Neil was 39 and died of a heart attach suddenly.  It can, of course, happen to any of us.  I hope my endless inner reflection means I do make the changes to my life I want to.

The group I met up with in the picture were part of, what we then coined, the Inner Circle.  I think we became a bit of a clique and had regular lunchtime meetups, perhaps to have a good moan, and certainly to have some wine.  Our manager would join in too - in many ways it was a fun project, but only for how we got through it!  Neil was wonderful entertainment.  The Inner Circle doesn't regularly meet anymore, but it was good to, and I have insisted Amy and her sister Emily become much better friends with me, they have Neil's spirit and he thought them very fabulous.  Their yellow dresses were legendary.

I couldn't help clinging on to my hubbie this evening, this loss selfishly making me very grateful I haven't lost him.  He's just such a sweetie and I appreciate him all the more, looking after my drunkenness and being a sodden shoulder for all the floods of tears.

To Neil - cheers - and to rekindled and enhanced friendships made in your honour!  And to e, my honey, extremely big hug x.