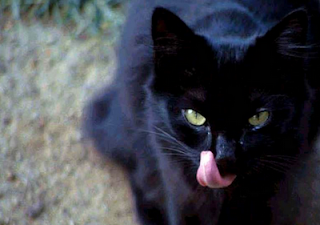 Since it's Friday the Thirteenth, we thought we would look at superstitions.

Not sure it's been a day fraught with disasters particularly.  I could say the painfully slow servers on a rollout were causing headaches, but that's what they could do on any ol' day of the week - it's their raison d'etre.  Ah technology, how we shake our heads gently and roll our eyes.

Not sure what he will be cooking up on the food side, I can only think of a rabbit foot pie, which isn't totally appealing.  But then. how well will I do on the music side?  What genre will dominate the world of superstition?


Music: Spotify playlist.  I didn't think googling for some help here would help, but low and behold a top five superstition song list, but it is quite unimaginative and I would have found those myself with my amateur keywords.  Even yahoo had no thoughtfulness.  I want songs that are about a man who walks under a ladder and spends the whole day throwing salt over his shoulder and gets into all sorts of wacky mishaps.  Under my own steam I found some interesting possibilties; I am looking forward to hearing The Rabbit Foot Stomp.

Cocktail: No superstition involved here - it's been a long week; gimme a martini! 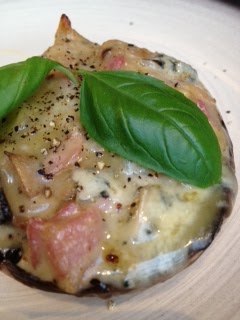 He is spinning me a yarn of how mushrooms have been historically unlucky.  I think the reality is that I 'demanded' this starter (totally fancied this after receiving a deeply shabby version in, what was, a favoured restaurant) and he has kindly obliged and now, even more kindly, making up blatant lies how this item fits our theme.  He is great at keeping a bare faced lie going, I asked him if certain countries particularly found mushrooms unlucky (the US and India) and why they were unlucky (the lack of sunlight in growth).  The man would be a good secret agent.

Lovely, great as a rainy summer/Autumnal starter.  He thought the sauce would be lovely as a sauce for pasta.  Breadcrumbs would be a good, crunchy addition. 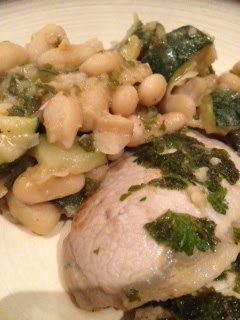 Pork escalope with lemon and parsley

So, it turns out, this has nothing to do with superstition either... he blames busy-ness or some crap for his lack of any research at all.  Is he FAIL or what?!  He says pork is unlucky in Israel (sigh) and courgettes in Belgium (SIGH).  So great, let's indulge his nonsense.  Sounds like might be a nice meal though, eh?


Music has been real genre unspecific; we've had some great jazz on this playlist, metal, pop and some interesting things we'd revisit in our infamous (unfamous more like) Good Accidental Finds playlist.


At this point I have run out of ideas for what on earth is superstitious to look up to find songs, so I thought I would read up on this dumb subject, and here is where I find out one should wear an amber necklace to cure a cold.  And that killing a sparrow is unlucky as they carry souls.  Okay then.

E: "So T loved the main course. Personally I found it a bit to lemon-tastic. I think a slight reduction there and this would be awesome. Lemons are unlucky in the Belgian Congo by the way."