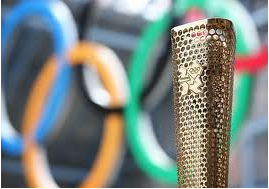 Tonight is the opening ceremony for the London 2012 Olympics.  To say the Olympics have been everywhere, even if you don't have TV or interest in sport, is an understatement.  It's been exhausting.  Boris Johnson has been spouting from tube station tannoys, the newspapers bang on about it and everyone on Facebook is chatting about it, positively and negatively.  And now it's here.

Not sure what to expect for the opening ceremony, so a bit excited.

On the food front, he has run with "olympic flame" and gone with the theme of fiery foodstuffs.  Eeek!

Music: Spotify playlist.  I have used "fire" as a keyword and I don't think I have had such a prolific playlist come up.  It's like fire is something wonderful to write songs about, for any genre, as it's evocative and symbolic.  Well done musicians - from Adele to the Doors. 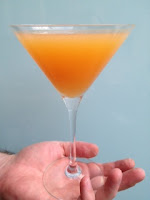 Cocktail: Old Flame cocktail.  It's a grown up, sour drink.  The bitterness is quite like drinking liquid marmalade in fact.  I sort of like, each time I revisit it though, am not sure again.  Might have again but it would need to be super cold. 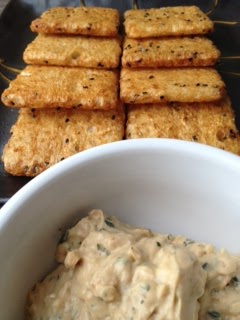 A nice nommable little snack while I get over driving home.  Trains into London were cancelled for me so I drove.  Which is insane at the best of times, but on the opening of the Olympics?!  Anyway, it was actually far quicker than usual, I guess people thinking the same thing and staying away.

This dip wasn't that hot - I was expecting all these bits of food to destroy me.  So that's good?  Or maybe I kinda fancied the heat madness.

He likes the rice crackers more than I do, I don't think I 'get' rice crackers, it's like eating something that's 50% air.  But then, I suppose so is popcorn.  A strange thing to eat something air based. 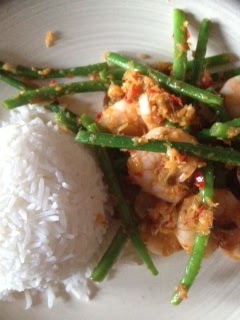 He wanted to find something hot to make, that people would instantly think "wow, that's hot".  He found a top ten list on the net of hot meals.  He plumped for the one at the top of the list!  I had never heard of it, which is doubly cool.

He is making it as I watch and he just tasted it.  Let's just say his language is unprintable.  I am guessing it's quite piquant... :-o

We pause in the cooking to watch the red arrows fly over the Olympic Park on TV.  Ian speaks passionately about how they're the best aeronautics team.  He's so cute.

Dinner is served as the ceremony begins properly at 9pm.  I nibble tentatively and think 'pah, it's not that hot'.  These are, what one calls, famous last words.  The heat builds and oh my god.  They say drinking cold liquids doesn't help, but holding a gulp of cold wine in my mouth did help ease things a little.

Halfway through and the meal has become somewhat of a challenge and hard to battle with.  Would I want this again? 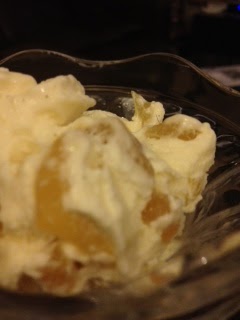 A hot ice cream to help cool us down... With a tub of quality custard and a jar of lovely stem ginger, this was a quick creation in the ice cream maker.

We watched the opening ceremony in awe and there was much leaping up and down on the sofa at the spectacle and famous people who turned up - including Tim Berners-Lee.

Insanely proud to be British!  Might be some sort of horrible hangover tomorrow with all the absent minded sipping...

You Do Not Talk About Music Club 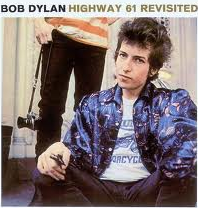 This week's song was suggested by my good friend and ex colleague, the lovely Dave Cross.  I have deliberately included the word "lovely" in the hyperlink so that Google can always find him if people are searching for "lovely Dave".

Like a Rolling Stone - feel like I should be wearing jeans in a dirty bar, sipping bourbon.  Inhaling cigarette smoke.  Like.  Though, it does feel like it's constantly heading for a chorus that doesn't totally happen/satisfy.  Now, it's going on for too long.  There's probably a narrative I should be tuning into but I'm just not.

Tombstone Blues - bit whiny.  And gets more boring as it goes on and on.  Again, give me a bloody chorus.

It Takes a Lot to Laugh - It Takes a Train - what a mad title.  It's a very ambly song, and, as it turns out as I tune out... quite backgroundy.

From a Buick 6 - Bit more promising this one.  Reminds me a little of the One After the 909 by the Beatles.  My favourite one so far.

Ballad of a Thin Man - Oh this one I definitely like.  It seems the most interesting and different or this album and the era.  Quite moody and dark.  The only one I would welcome a re-listen so far.

Queen Jane Approximately - Quite like, reminds me of the Velvet Underground; like the musicians are all stoned and only just barely able to get the tune out.

Desolation Row - A bit like a Spanish guitar, gentle American Pie.  Really like it. My favourite track.  Though it is verrrry long, I am singing along a little by the end.

Based on this one album, Bob is a guy you listen to if you like listening to lyrics of rambling stories.  I have never been one to listen to the lyrics so much, I just like me a good tune.  So am not sure he is my guy.  He sacrifices cohesive tracks over epic tales that twist and turn and ultimately don't end up anywhere.  And you can tell the tunes aren't about the stories of a 36-year-old gal who likes to cook and zoom around in a convertible.