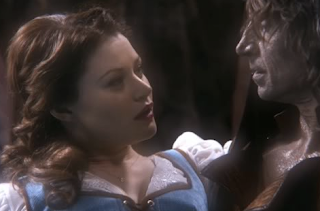 The theme tonight is fairytales.  We shall search the bands out there who have been influenced by that childhood bedtime ritual of a story before going to sleep.

One thing that is clear about fairy stories is that there are some that are really quite twisted.  This is a good read from the Guardian.

Recently both Grimm and Once Upon a Time have surfaced in TV land.  The latter being our favourite, and because of who's making it, there's Lost and Buffy alumni throughout, which makes it more fun. 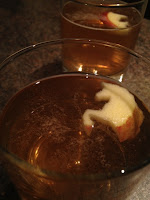 Cocktail: Poison Apple.  He thinks "good name, shame about the cocktail" but I liked it.  Cider, honey, tequila and a splash of cranberry juice.  It didn't taste particularly alcoholic, but was nice and refreshing. 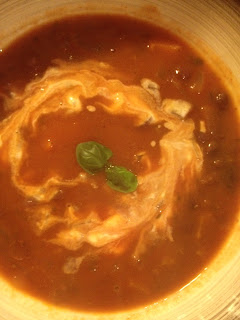 This was a really lovely wintery soup.  Super healthy tasting (which can be good or bad at this time of year). 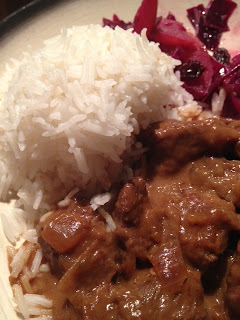 His thinking that this was a central European dish and Little Red Riding Hood and wolves and woodcutters in stories are very much this kind of world.

I am imagining the meat is going to be wolf.  He was a meanie after all, we should eat him.  Twisted.

This was a really lovely goulash, odd to see him put jarred jalapenos into the mix, but they worked very well.  My sister in law would be stunned that I think I like this version better when she is Czech and goulash is her, ummm, heritage or something.  So, don't tell. 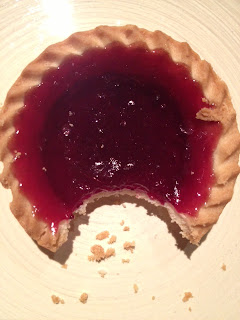 And, the classic, Alice in Wonderland and Queen of Hearts and her tarts.  Mmmm.