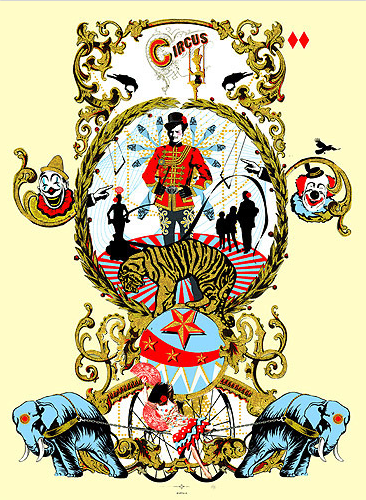 I don't usually take requests, but Ange at work 'demanded' she got to choose today's topic. And she chose "circus".

Here we go then!

I found this groovy image to accompany the blog. In real life, I have to be careful professionally not to use copyrighted images, but here, in a blog that only I read, along with my Mum, I thieve like crazy. But I will credit this on as you can buy it as a poster and you should. I like it!

And immediately play this classic song for the circus: Entry of the Gladiators. I can't help but think that the original composer, with a title like that, hoped for more than a bunch of clowns walking out to his music.


Music: Spotify playlist. I had thought the music that Spotify came up with when searching for "circus" would be quite cheery, but they're pretty dark tunes. And an inordinate amount of prog rock (i.e. two songs so far). This doesn't seem to be my favourite list in the world, so far...

The way I made the list, the first half is songs with the word "circus" in them, and we get Take That, Britney and lots of dub for some reason (as well as the prog rock). The second half is bands who have circus as part of their band name. These songs are all just wonderfully better. Interesting and eclectic. The conclusion is that if a band calls themselves something with the word circus in it, they will be interesting, and maybe even talented. 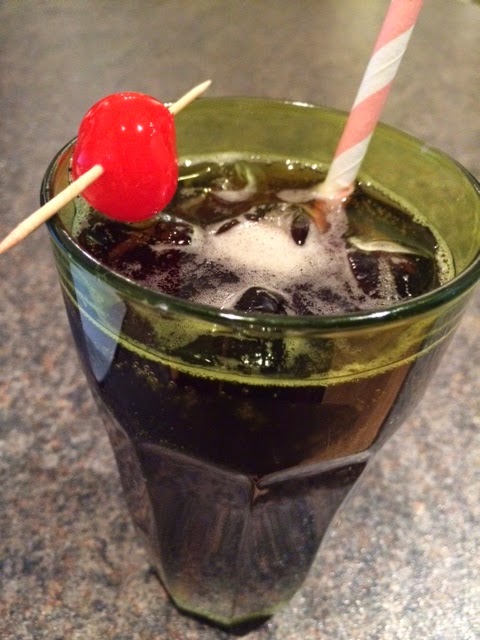 This is a simple drink but pretty potent. I don't totally see the connection between the name and the alcohol, but I will let it slide because it's not bad at all.

He ignored the specific recipe because he a) wanted better rums and b) do they even sell Vanilla Coke in our country? 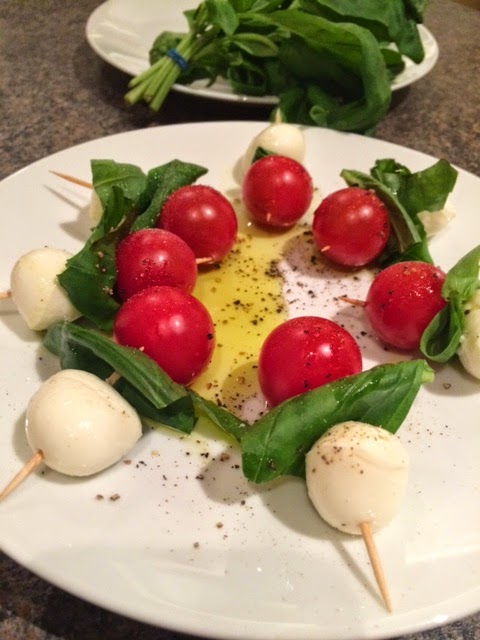 Caprese on a Tightrope

He chose this starter as he wanted something really colourful and cheerful like a circus. I like the colours and arrangement like the big top of the circus. Nommy starter. 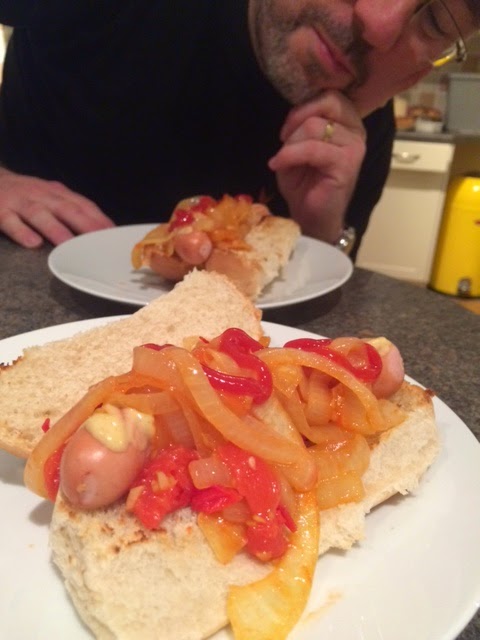 He spent a lot of time googling for circus foods, and people who threw circus parties served fast food like hot dogs and burgers. I can't think I have ever eaten food at a circus, but imagine it's a bit like a fair ground where they have those vans.

He had to hunt through three shops to not find the squeezy type of French's mustard so he wasn't happy with the lack of perfection.

Nice combination. Fancy hotdogs (if that is a thing) with sauteed onions, tomatoes and garlic. A good little meal. 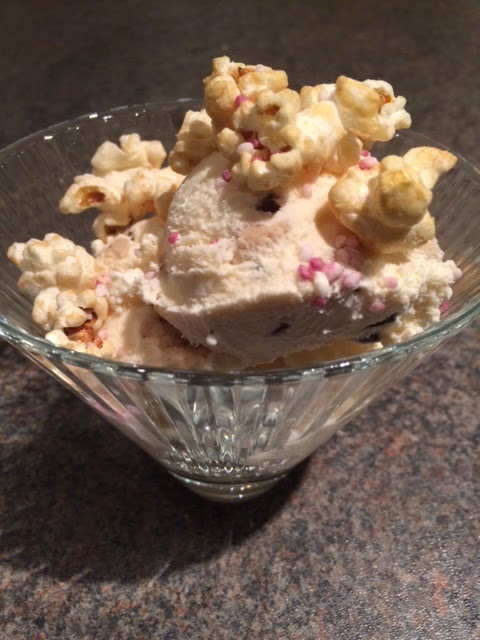 And who can watch something idly, like jugglers and people on the trapeze, while not shoving popcorn in one's face?

Simple Zabaglione ice cream, Ben and Jerry's Cookie Dough with Cinnamon (?) popcorn. Was quite fun and the dog enjoys catching popcorn in his mouth for applause, so win all round. 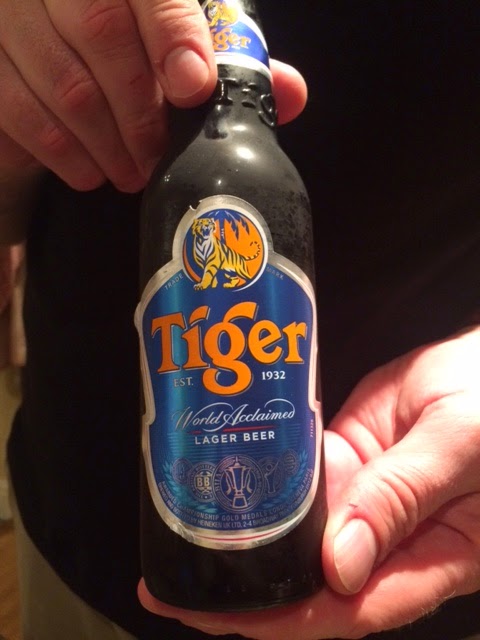 Peanuts for the elephants and a Tiger beer

It's been a while since I have had to create my own peanuts by opening the shells. My finger muscles are so crap.

I realised the Tiger beer was my first beer this year. And lovely it was. 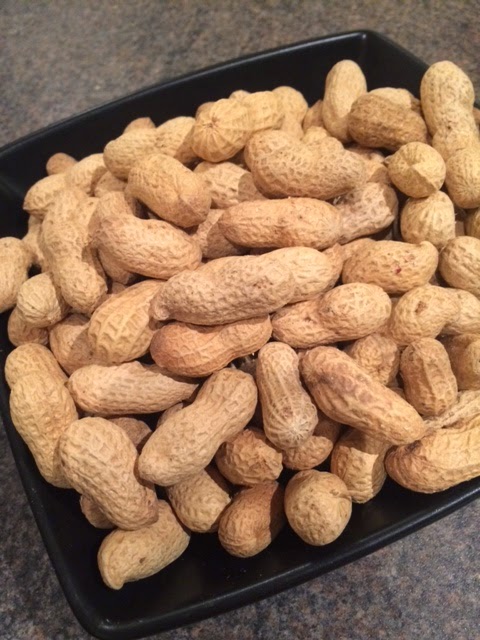