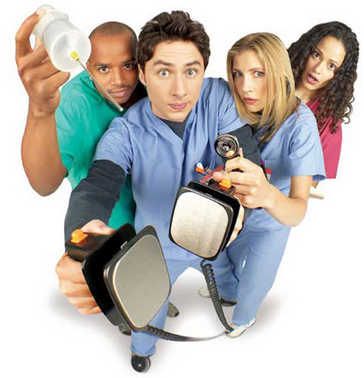 A Scrubs themed night tonight.  We did a FridayDateNight a while back on the Brinner phenomenon (having breakfast stuffs for dinner) that they did themselves in an episode.  That was a wonderful idea.

We have been watching Scrubs re-runs recently and really enjoying them (and surprised how much we had forgotten).

We have loved Cougar Town and it's great to see Ellie back there almost identically as Jordan, the evil ex wife of Dr Cox. Ian admits he likes leering at Elliot's body. 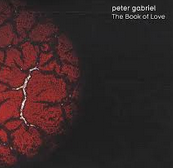 Music: Spotify playlist someone else has put together.  Thanks anonymous Internet person djxjd!

Sometimes the music can be a bit cheesy on the show, or a bit, well, Coldplay, so we'll see how we fare.

A highlight is Dido being followed by DevilDriver, the speed metal band the UPS guy is hideously into. 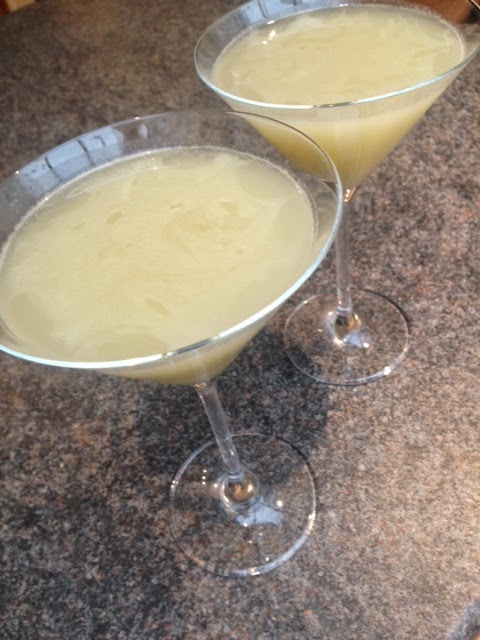 This is JD's favourite cocktail; it's pretty girly and so is he. We have tried this cocktail before and have absolutely decided we don't like it because of the Apple Sourz liquor needed to make it (in the recipe we had).  But.  What if one had an apple tree with sour apples on it?  Wouldn't that be a million times better?
Earlier today I had shoved one of our cooking apples from our tree through our fruit juicer (we like to call it a fruit machine, HAR HAR) and it was sour, sure, but in a good way.

Apart from not being a hideous fluorescent green, this is a really lovely drink.  The apple makes it quite autumnal, and since it is having a good ol' rain outside, it feels nice to curl up sipping it.  He thinks that there's a bit too much real debris at the bottom (I maintain they are mashed up maggots) so would either use muslin to strain next time, or juice more so you didn't have to pour all the way to the gunge.

Very excited that we have a reason to use the apples on our tree in a truly useful way rather than in apple pies or chutneys.

[Sidebar: I was as surprised as you are to learn that that is the correct spelling of the plural of 'chutney'.] 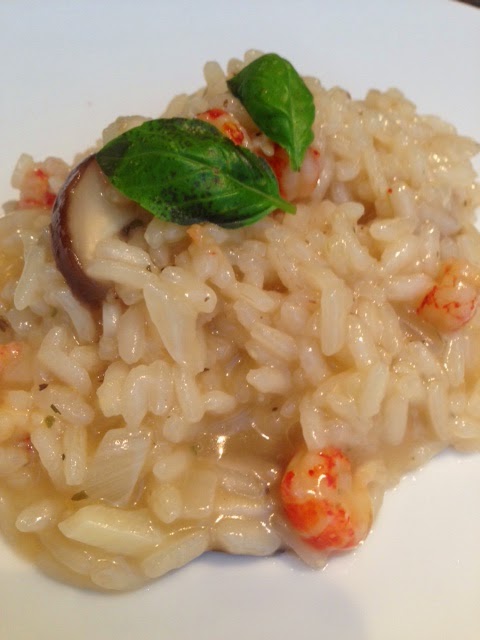 We made some lovely stock earlier this week so we really, really wanted to make some risotto tonight and he is good at finding a link to our themes, however tenuous.  But, look, in Season 9 (the one we all pretend never happened), episode 13, the following dialogue occurred.  Which is largely offensive to gay people, but probably was less obnoxious in context?  Who knows, but it means I get my risotto.

It is mesmerising to watch someone make risotto as there's a lot of stirring and a lot of gorgeous smells whirling around. 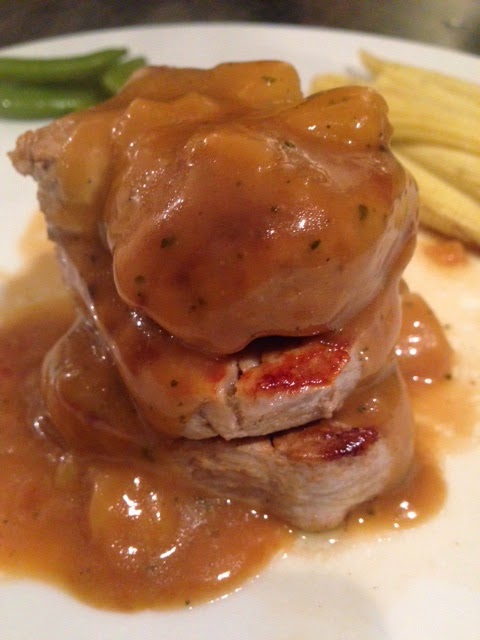 The Todd's Innuendo (in your end, oh!): Pork in Cider (Sauce)

The Todd character exists as a one off joke that seems to just continue being around forever.  He has mastered the art of making absolutely anything into a sexual innuendo, as well as having a long list of situations he requires being high fived for.

I won't demean myself or my sparse (but wonderful) blogging audience by explaining how The Todd would make this dish sound dirty.  On second thoughts... yes, I will. 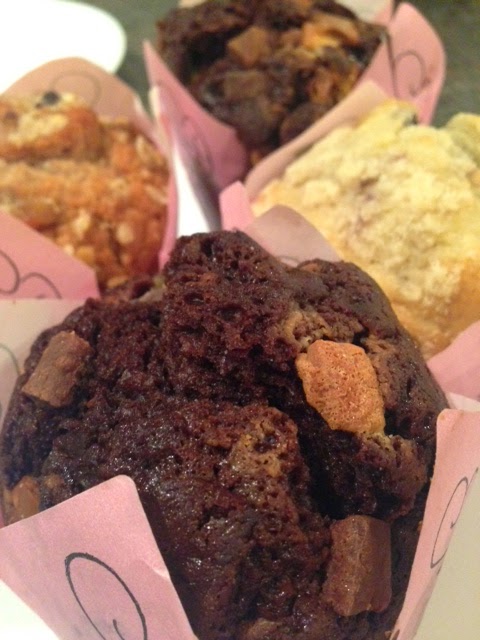 Dr. Kelso wins a competition later in the series in the local Coffee Bucks giving him an endless supply of muffins.  And boy does he ever zealously demand his free muffins.