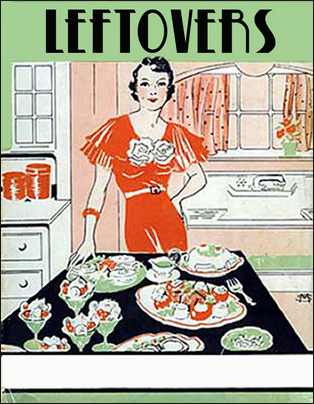 How does the music turn out once someone has left the band?  Does the band try and imagine it's all the same as it was?  Do they go another direction?

Tonight we're looking at the music produced by the people leftover after someone leaves.

And an easy food theme!  We are a bit on a budget tonight as we thought we should pay a council tax payment rather than buy lots of food.  I KNOW!

We start with a couple of songs from Up, an album by Radiohead after Bill Berry left.  I have no idea who that is, but Wikipedia does.

We then move onto S Club.  Who, after Paul Cattermole left, could no longer call themselves S Club 7.  Yes, that's right, Paul.  The least memorable or interesting member.   How on earth did they struggle on without his talent?  The answer is: just fine.  And yes, I do like S Club 7, I am not a music snob :-p

Over to Genesis post Phil Collins.  I'm not a Genesis fan, so let's ask my hubbie (who didn't even recognise them).  He thinks "meh".

Depeche Mode - never got into them.  Now I know all about some dude leaving to be in Yazoo and then Erasure.  They seem to have coped all right... with their dreary suicidal crap :-)

Well, I didn't know Bucks Fizz had a coach crash and had to carry on with a member because he was a mess post coma.  How horrible!

At this point I realise that my research into groups who have had a member leave is taking more time than actually is sensible.  Plus generally the songs aren't that great.  I give up and throw some songs in I find that are called "leftovers".  Some good tunes weirdly. 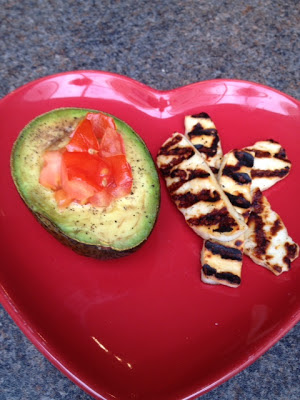 The most exciting things hanging around in my fridge. 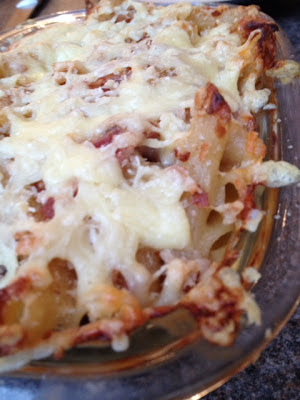 I made this earlier in the week and we had double portions because we are disgustingly gluttonous.  There was a load of the sauce left over so he has the chance to make an even more enhanced version.

So my version of this dish is:
Shove together and bake. And then eat and eat.  This version has breadcrumbs.

Tonight's hasn't fared so well as earlier this week.  I think it needed much more sauce.
Posted by Unknown at 22:00